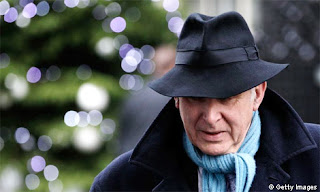 Vince Cable’s decision to fight the attempt by Murdoch to attain monopolistic power over Britain’s media, or rather duopolistic, given the position of the BBC, shows a certain naivety.  Doesn’t he realise that all the really powerful people in the world, the indivduals behind the One World Government, are almost all people who have achieved monopolistic power in their industries.

Starting with the Rockefellers of  Standard Oil, to the Rothschilds of worldwide Central Banking, and Bill Gates of Microsoft, all of the world’s truly rich people are owners of monopolies, which in some cases have lasted for centuries.  Out of this wealth, they have accumulated enormous position and power, to the point that they can select mere Prime Ministers and Presidents to order.

They can prosecute wars for the purposes on increasing their wealth, untouched and untouchable by any media worldwide.

Their scheme is to link the world into a single entity, a One World Government, through regional governments like the EU set up to eliminate national governments, and to reduce the world’s population through a programme of vaccinations, all loaded with mercury, to cripple, reduce fertility and kill.  The media is theirs.  No mere politician like Vince Cable will be allowed to stop the process.

Vince may latterly be having a Damascene conversion against monopolistic power, but if so, he should checklist his other loyalties, such as to the EU and the Euro.  These are all on the negative side of the account as far as democratic accountability is concerned.  Give Vince time, and he might become the leader of Britain’s democratic revival, but he really has to wise up a great deal first, and start to realise that the powers Britain has lost are being exercised by the Rupert Murdoch’s of this world.  Resisting these great powers will require us all to stand together, not to flounce off and sulk when we don’t get our way.  Cable has come this far.  He might as well keep going and see what else he finds.  He has some kind of instinct for what’s right and wrong.  It is though, as if his ideals are being confronted with a reality he doesn’t yet recognise.

Give him another two years, and he could become an ardent eurosceptic.  He has the ability to adapt his approach, he has shown already.  But first he needs to make a full diagnosis of the world’s problems. The monopolistic business power of Murdoch and his friends should rightly be number one on that list.

FT –  Cameron won’t be standing up against any monopolistic business groups.  Nor will Jeremy Hunt.  Cable should not be grovelling and apologising.  At last he’s on the right track.  But don’t expect anyone in the game of power to offer Cable any support.

David Cameron declared Mr Cable’s comments “totally unacceptable and inappropriate” but he and Nick Clegg, deputy prime minister, decided against sacking him because of fears it could undermine the coalition.
Mr Cable’s survival in the cabinet comes at a heavy personal price. His authority has been undercut and Mr Cameron has decided to hand over his responsibilities for media, digital and telecoms to Jeremy Hunt, the Conservative culture secretary.
FT          The EU loves the idea of Murdoch concentrating yet more power over Britain’s media.

A day of drama began with the European Commission giving unconditional clearance to the proposed deal, which puts a price tag on the main satellite broadcaster of at least £12.3bn.
But the Commission was looking only at the competition aspects of the proposed bid and had been expected to raise no objections. More of a hurdle for Rupert Murdoch and his son James – as they seek to buy the 60.9 per cent of BSkyB that News Corp does not already own – is the so-called plurality investigation that Mr Cable initiated last month.


Let’s see some more of this please, Vince.  Don’t let those chicken Cameroons bother you.


PESTON – The Culture Secretary, Jeremy Hunt, will doubtless endeavour to be impartial in that adjudication, now that the power has been passed to him.

But if he allows News Corporation to own all of BSkyB, critics of Mr Murdoch – and they are not small in number – will accuse Mr Hunt and the government of repaying the support given to the Tory Party by Mr Murdoch’s newspapers in the last election. 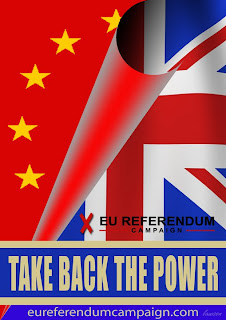