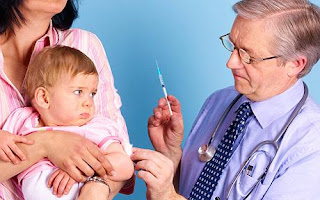 Get off that kid, you idiot.
By 2007 the chance of anyone in England and Wales dying of measles if no one were vaccinated was less than 1 in 55 million.
While I write and post on here, most days I get some kind of feedback.  That can be in the comments section or by email.  The links people send me are sometimes a little suspect, but usually they are thoughtfully and well selected.  Some if not all bloggers set limits as to the topics they will handle, but I am finding that nearly all topics are relevant, and they interconnect to the same basic story – that the world has a secret behind-the-scenes government, that operates across national boundaries.  Its nature is not benign, but authoritarian, exploitative, godless and possibly in addition to that, murderous in that it wants the numbers of people living on earth reducing by any means it can lay its hands on.
If that is true it is not surprising that the medical scandals of our age are legion.  Here is just one more, the MMR Vaccine.  Along with other vaccines, it is associated with increasing the numbers of autistic children by a huge percentage so that today about 1 in 100 males will be made autistic from the vaccines they are given, suposedly to make them well.  How does that threat stack up against the benefits of the vaccines?   Here I deal with the MMR vaccine, Measles Mumps Rubella.
MUMPS –  Freedom of Information documents show the UK’s Joint Committee on Vaccination and Immunisation and Ministry of Defence agreed as early as 1974 that:-

“there was no need to introduce routine vaccination against mumps” because “complications from the disease were rare” JCVI minutes 11 Dec 1974.

Doctors and nurses who fail to tell parents mumps vaccine in MMR is clinically unnecessary, of the exact risks of adverse reactions and then give the vaccine appear to be behaving unethically, potentially in contravention of the criminal law and liable to civil proceedings for damages.  They are also unable to explain the exact risks because data on adverse reactions are not being collected properly or at all, and there is evidence showing adverse reaction data are suppressed.
A consequence is that giving MMR vaccine to children cannot be justified on clinical or ethical grounds. And as there is insufficient clinical benefit to children to introduce mass mumps vaccination, it cannot be justified as a general public health measure.
And one consequence of this unnecessary measure is that we are now putting young male adults at risk of orchitis and sterility because they did not catch natural mumps harmlessly when children and because MMR vaccination is not effective in conferring full or lasting immunity across an entire population.
One effect of MMR vaccination has been to push mumps outbreaks into older age groups.  Mumps now circulates in colleges and universities:Mumps and the UK epidemic 2005, R K Gupta, J Best, E MacMahon BMJ  2005;330:1132-1135 (14 May).
1 in 4 males who has achieved puberty and has not achieved immunity to mumps runs the risk of orchitis.  Orchitis (usually unilateral) has been reported as a complication in 20-30% of clinical mumps cases in postpubertal males. Some testicular atrophy occurs in about 35% of cases of mumps orchitis: Mumps – Emedicine. This means one of the male testicles shrivels up.  Affected men can become sterile in one testicle.  This affects one in every nine males who catch mumps after puberty compared with none who catch it before puberty.  It is only because most men have two testicles and only one is affected that total sterility is rare.  Most men would find that little consolation.  Having a shrivelled testicle would carry psychological and practical consequences for any intimate physical relationship in adult life.  The message seems to be it is better for a child to catch mumps naturally before puberty.
Rubella – As with mumps, rubella vaccination again takes the medical profession into the territory of the criminal law and unethical treatment of children. A graph for rubella mortality is not included because death from rubella over the last century was so rare the figures are insufficient to plot a graph of any note.
Aside from a rash the adverse effects of rubella for children are minimal.  Vaccination against rubella is of no clinical benefit to a child particularly when compared to the risks of adverse vaccine reactions. If a pregnant woman catches rubella infection during the first three months of pregnancy and the child survives, this poses a risk to the unborn child of being born with congenital rubella syndrome (CRS), involving multiple congenital abnormalities.
Prior to the introduction of rubella vaccine, the number of annual cases in the UK was small, around 50 per annum.  Additionally, 92% of rubella cases deliver normal healthy children: DANISH MEDICAL BULLETIN MARCH 1987 – WAVES Vol. 11 No. 4 p. 21 .This small risk can also be reduced either by making sure all women have caught rubella as children or by vaccinating those who have not prior to puberty.  This minimises the exposure of children to the vaccine and hence to unnecessary risks of adverse vaccine reactions.

By 2007 the chance of anyone in England and Wales dying of measles if no one were vaccinated was less than 1 in 55 million.

By 2007 the chance of anyone in England and Wales dying of measles if no one were vaccinated was less than 1 in 55 million.


See the link.  The illness was possibly misdiagnosed by doctors as a cause of death by a factor of 74 X in its heyday!!  It had effectively disappeared by the time vaccinations started.  The risks from the vaccinations are far higher, with vaccinations suspected of crippling 1 in 100 males with autism.


Conclusion – for all the reasons listed, the MMR vaccine is wrong and should not be given to humans of any age, and especially children.


Sent in by Sue in comments –

Microsoft founder Bill Gates told a recent TED conference, an organization which is sponsored by one of the largest toxic waste polluters on the planet, that vaccines need to be used to reduce world population figures in order to solve global warming and lower CO2 emissions.
Stating that the global population was heading towards 9 billion, Gates said, “If we do a really great job on new vaccines, health care, reproductive health services (abortion), we could lower that by perhaps 10 or 15 per cent.”
Quite how an improvement in health care and vaccines that supposedly save lives would lead to a lowering in global population is an oxymoron, unless Gates is referring to vaccines that sterilize people,…
Looks like Bill Gates hasn’t managed to use his own brain and has absorbed the programme intact from the One World Government, to the point that he doesn’t even get it that injuring human beings with vaccines is not all that nice.  The idiot even admits what he’s doing in public.  It seems that wealth and its attendant power is too much for many people, who then move up to the lethal stage, where they think they can have the power of life and death over others, and then make even more money while they exercise it.


What the nutters from the OWES (one world exploitation system) don’t seem to get that is that once societies become wealthier and women especially become educated, they choose to have less children.  The way to limit the world’s population growth is not to kill people and make them sick and sterile, but to help them to become wealthier and more educated.  Other programmes of the OWES are impoverishing the world by ensuring all the nations are weighed down with debts from the banking frauds that the OWES is heavily involved in.  These people imagine themselves benefactors – Prince Charles, Bill Gates and the rest.  They are criminals.


The world could enjoy vastly greater economic growth with reduced CO2 if the stranglehold of the energy companies on fossil fuels was released.  Energy could be generated from magnetism, from water and sunlight but these technologies are suppressed, again by the OWES.  So we are all breathing pollutants in our environment which need not be there.

3 Responses to “Britain’s Got MMR Wrong”