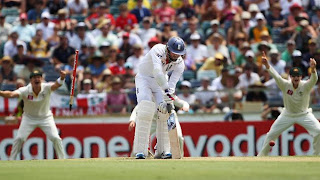 The weather is lousy.  The economy is lousy.  The Post Office has almost given up on delivering the mail.  Politics is lousy, and now the cricket is lousy.  The mood over Christmas back in Blighty, one has to say, is sombre.  No one’s rejoicing.  All the media have left is the Kate/William story to boost sagging morale, but even Royalty is looking tarnished after Charles chose to take part in the recent student riots, getting his Rolls Royce covered in paint, and his lady wife poked with a stick through an open window.

If anyone thinks the mood is bad in Britain, have a quick look next door at the level things can get to.  Ireland is positively spitting, with senior journalists talking in the vernacular, demanding that the perpetrators of the financial crash have their property seized.  Such action would indeed lend a bit of Christmas cheer to the gloom that pervades on this side of the Irish Sea.

One Response to “Britain Gloomy. Ireland On The Boil.”