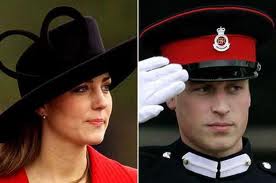 Peter Oborne writing in The Telegraph seems to have struck on something important.  He comments on the opinion of George Orwell, who believed that it was only the existence of a Royal Family which stood between Britain and Fascism in the 1930s.
Orwell maintained that in pre-war Germany and Italy (where Victor Emmanuel III maintained a strict distance from the fascist dictator Mussolini), the absence or abdication of royal dynasties had left a dangerous empty space.
It was not the fact that politicians had grabbed power from reigning monarchies that counted…. The absence of a monarchy……meant that fascist politicians could seize not just the machinery of power but also the insignia and gravity of state.
Hitler could claim to represent the German nation in a way that no mere jobbing elected politician ever could. This gave him a legitimacy that enabled him to carry out his dreadful acts.
http://blogs.telegraph.co.uk/news/peteroborne/100064013/prince-william-and-kate-middleton-to-marry-we-all-have-a-stake-in-this-couple%E2%80%99s-future/
The NWO, aspiring to world leadership, has obviously the problem of Royalty to deal with.  Charles has clearly got rather over involved with the NWO, seeing it as the fast track to promote his environmental sustainability agenda.   His passion for the environment has been cynically used by those desiring money and power, to justify things like the introduction of environmental taxes, and ridiculously high fuel and electricity bills in Britain, while useless bird-killing windmills are installed across the land at vast cost, producing little in the way of power.
Carbon cap and trade deals have enabled crooks to anticipate huge profits as they close down steel mills and power stations in Britain and other developed nations, and claim vast profits for doing so – all as part of the sustainability agenda, beloved by The Prince Of Wales.
http://the-tap.blogspot.com/2010/11/foundation-x-is-prince-charles.html
His other half was not so lucky with her involvement with the NWO, being eliminated to order in the road tunnel in France, by an agency which clearly had as a minimum the cooperation of the French secret service.  The truth of what happened might never come out, but one suspects that the NWO had decided it best to eliminate her, for various reasons, and primarily that they couldn’t control her, and as they had an agenda for war and false flag terrorism, an anti-war, peace-loving friend of a reasonable and unaggressive Moslem, somehow didn’t fit their needs.
The problem for those who desire the greatest power achievable, and money, such as for the secretive  NWO, Royalty is effectively in the way, and either must be recruited and used, either through naivety as in Prince Charles case, or eliminated, as in Diana’s.  There is no neutral position possible.  Royalty has to be dealt with one way or the other.
Oborne sees another more benevolent possibility for Royalty, that Royalty, possessing intelligence and common sense could  act as a ballast against a totalitarian onslaught.  Prison Planet’s recent evidence of FEMA concentration camps being built across the USA, where there is of course no royalty, might suggest this anti-fascism quality Orwell believed Royalty to possess, might be put to test sooner than we think.   A Hitlerian nightmare breaking out across the USA is not beyond the realms of the possible according the producers of this TV programme shown only last week.
http://the-tap.blogspot.com/2010/11/us-government-stockpiles-millions-of.html
William and Kate could have an important role as a means for moral good to hold ground which otherwise totalitarians will yearn to occupy.  They could become the naive puppets of such evil men, as has possibly already happened to Williams’ father, or alternatively gracefully hold the world’s attention without falling for any schemes.
Such thoughts put a very different light on the coming Royal Wedding.  The world has lost too many ”good” people in recent years.  William and Kate will have to tread around the NWO very carefully, and keep one step ahead of their evil notions.  If British Royalty is involved in Central banking as is suspected, they should try to stick to business, and not get drawn into anything else.  Just by being there, in the opinion of Orwell, they could frustrate the world’s greatest evils. I wish them well.

One guy to especially watch out for is this guy, William’s 17th cousin George, suspected of carrying out false flag terrorism, assassinations, torture and starting unnecessary wars, a central figure in the NWO. 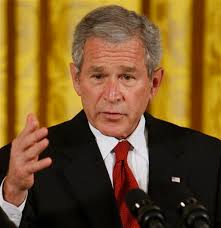 Originating in Columbus, Ohio, the Bush family has developed into one of the most accomplished political families of the 20th century. Other important individuals in the Bush family tree include the Spencer family that produced Diana, Princess of Wales, which makes George W. Bush a 17th cousin to Prince William of Wales.
The Tap Blog is a collective of like-minded researchers and writers who’ve joined forces to distribute information and voice opinions avoided by the world’s media.