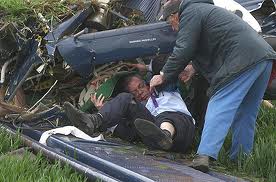 Go Nigel.  The field is yours.

With the coalition selling out to the EU as fast as it can, the majority of British people who want power repatriated from Brussels have no one representing them.  Today Clegg added his voice to that of Cameron and Hague.

The FT writes –  Nick Clegg: Coalition will not “reopen this issue of the repatriation of powers” from EU

In an interview with the FT, Nick Clegg, UK Deputy PM and leader of the Liberal Democrats, has declared that the Coalition Government would not use the negotiations over a new EU treaty to repatriate powers from Brussels to London, through a referendum. “We are not going to reopen this issue of the repatriation of powers. We are not proposing to go backwards”, he said. However, Clegg warned that the UK’s cooperation must be matched by serious reforms of the budget and the way EU business is conducted. “There is no interest for the EU in getting entirely on the wrong side of public opinion on this budget issue…They have got to get real. You can’t make these budget decisions in a political vacuum”, he said.

The same might be said to him.  You’ve got to get real too, Mr Clegg.  You can’t have a government that is sold out to European power, and expect the people who object strongly to that policy to sit still and meekly obey your commands.

Today UKIP voted 60% in favour of Nigel Farage to be reappointed as the Party’s leader.  With the state of the coalition as it is, and Cameron breaking all his promises on resisting transfer of fruther powers to the EU,  UKIP has only one way to go – up and in my opinion, far and fast.  UKIP needs to surge and overtake the Liberal Democrats in national politics as its intermediate objective.  In the EP the Lib Dems are already trailing behind UKIP.  Clegg will find himself out of the coalition business if UKIP rolls forward, and Conservatives decide to dump Cameron on the back of that.  Way to go.

It’s funny how opinion polls have stopped reporting Óthers’of late.  I wonder if the UKIP surge has already started, and the media is running scared, and does not want to report it.  Conservative eurosceptics have to break ranks now and back UKIP to the point that the Party can rival the Liberal Democrats and win seats.  Unless Britain has really given up the fight as Clegg is demanding.

Conservatives can only stop the inevitable collapse of their party by dumping Cameron and putting UKIP out of business.  Farage will find an army behind him the moment he starts to march.