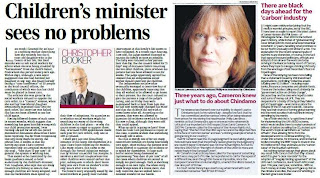 Fear not Moslems. They are for the most part good gentle people. They did not carry out 911 or 7/7. These were false flag inside jobs carried out by our own governments to commit us to wars we otherwise would not have agreed to.

Our own governments who think our lives expendable to their schemes and ambitions are who we should fear.
They bomb us and use propaganda to disguise their dirty work as that of others. They bankrupt our once healthy economies. They kidnap our children and commit them to institutions where they can be raped with impunity.
I would rather a Moslem any day to David Cameron, Tony Blair and those others who think us a sub-human species that they can subjugate, murder and exploit.
Read Christoper Booker today for the most disgusting story you will ever read. As I say bring us Moslems any day.  Fear instead our own government. They are the ones that need to be destroyed before they destroy us.
http://1.bp.blogspot.com/_rqH4fUbko2U/TPGpJ_ihfEI/AAAAAAAASjo/8psORFBB1O0/s1600/Booker+chin.jpg
If David Cameron imagines himself a good person who cares about the quality to our lives, why does he permit child seizure from innocent parents to be continuing and growing in Britain?
These stories of state child seizure (see Booker) should be carried by the Daily Express now. They must expose the disgusting acts of the same politicians and bureaucrats that desire us to be ruled by the EU and other OWG supranational institutions, who are so distant and powerful, they believe themselves untouchable whatever they do.
http://the-tap.blogspot.com/2009/09/german-government-wants-children-groped.html

Madeleine McCann is only one of hundreds of thousands who disappear every year.  The State is not on the side of the victims.  They are the predators.