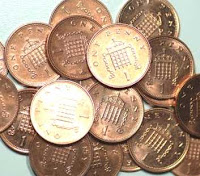 Fraser writes – I would prefer for Osborne to set his own definition of fairness: i.e. that people who work hard for low salaries are charged no tax.


The reason this is not being talked about is because the level of the minimum wage is too high to permit such a sensible idea.  It would need to be lowered from the current GBP 6 an hour to about GBP 3.50 for a no tax zone of low pay to be created.

The suggestion of lowering the minimum wage at all brings out blood-curdling socialist screams of agony, let alone lowering it all the way to GBP 3.50 an hour.  Yet in a double dip recession, such a move will become inevitable.

Comments on the BBC say that in the CSR, government spending is being returned to the levels of 2006, which doesn’t sound all that bad.  Yet these moves are being made on the assumption of rising government revenues.  What if Osborne’s and everybody’s assumptions prove to be optimistic, and the double dip recession kicks in hard in 2011?  The government might only receive the revenues it received in1996, and not the equivalent of 2006.  Osborne could be faced with a far worse canvas than he is planning on right now.

The problem is to estimate the extent to which the fast growth in the economy from 2001-2008 was based on excess credit expansion, which is now being reined back.  If the falling level of credit in the economy has its likely knock-on effects on growth, a double dip could well be on the cards.

More extreme measures would become necessary, and one of those would have to be the resetting of the minimum wage.

By the time attention is given to the minimum wage, it would make sense to reset it to the level at which income tax and national insurance are not payable.  There are already six million people idle at home.  A double dip might send this figure soaring.  Extreme measures will be necessary to price people back into work.

This from a Politicalbetting thread –