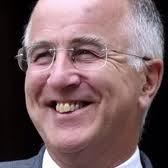 My comment on seeing the news –  Europhile scum getting just desserts at last. Maybe Red Ed will be attacking from a eurosceptic viewpoint. That would catch out Cameron and Clegg out badly.

The Coalition is, however, resisting the proposed increase in EU contributions, approving Cash’s Bill. Is this the start of a fight back against the biggest sleaze outfit in the world? It had better be or UKIP will take off from here, and send Conservatives packing into second place in the EU Parliamentarian elections.

But the bigger threat than that would be if Ed goes eurosceptic first. This is the first sign that he might be about to do so.  Let’s see if there are any other indications in the next few weeks and days.  Blair and Brown would never have allowed a former Minister For Europe to walk the plank.

Wikipedia has an interesting background on why Miliband might not be too keen on MacShane.


After the 2005 general election, he was dropped from the government. MacShane’s failure to remain in government is believed by some to have been his falling between the two stools of being neither overtly a Blairite nor a Brownite, and thus, in his own words, having “no hand to push [him] up the greasy pole”. However, his position was considered to be untenable after comments he made to a meeting of Durham Labour Students[10] in which he described Gordon Brown‘s five economic tests as, “a bit of a giant red herring.” When contacted by The Scotsman newspaper about whether or not he made the comments he responded: “Jesus Christ, no. I mean, ‘red herring’ is not one of my favourite metaphors. If you think any Labour MP saying the Prime Minister’s most important policy is a red herring, then they would not survive long in the job.” However, he had been recorded on a dictaphone, and the tape was played on both the Today Programme and BBC News 24. MacShane himself wrote in Tribune “I have no idea why I was removed as a minister and it does not worry me in the slightest.”[11]


Ed Miliband was one of the architects of the stop-the-Euro five economic tests.


MacShane wanted them swept away.