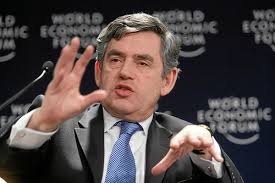 Thank God he lost the election.

Jeff Randall is the only commentator to start talking totals of government expenditure as well as the details.  Yet even he fails to mention the totals of government revenues, and prefers to keep himself safely away from asking the real question as to how much tax revenue can the government expect to collect next year to finance its plans.  He blogs – Between 2000 and 2010, had government’s annual expenditure just kept pace with inflation, the budget would have risen from £343 billion to about £450 billion. In the event, Alistair Darling spent £669 last year and Mr Osborne will spend £697 billion this year. In real terms, over the past decade, there has been a 50 per cent increase in the state’s outgoings.


What he might also have mentioned was that government revenues also boomed by a similar percentage until 2008, after which they went sharply into reverse. At April 2008, they hit a high point of £606 billion.  In April 2009, they reported in, a cool £100 billion less than that, at £498 billion.  Hardly a mention was made at the time by Labour’s loyal media that the nation’s finances were crashing.


By April 2010, the revenue situation was so bad that Gordon Brown/Darling declared that the intended annual spend of £670 billion had in fact come in at £620 billion, which enabled him to claim the borrowing requirement had miraculously fallen just in time for the election.


Throughout 2009 and early 2010, revenues had been reported month on month as being consistently down on the previous year.  It seems likely that revenues were around £475 billion, but, until someone can explain Brown and Darling’s methods of basic arithmetic, it is impossible to fathom.


I just took the £620 billion claimed spending figure to April 2010, and deducted the claimed borrowing figure of £145 billion, but even that could be ”optimistic”.


I have not seen an accountant’s figure for the April 2010 revenue figure anywhere, despite searching for one.


Given all the financial chicanery carried out by Brown and Darling in their last six months in office, it might be impossible to ever arrive at the true figures for either revenue or spending at April 2010. (See the 2009 December Treasury Outturn Report which has no less than £180 billions worth of unexplained accounting adjustments).


So many billions were flying around in bank rescues and bail-outs at the time that the true national accounts for general expenditure were easily reduced to fog, and this Brown and Darling seem to have achieved exactly that, to hide the fact that on general expenditure, borrowing was in truth probably nearer £200 billion in April 2010, than the £145 billion claimed.  (And that excludes all money spent on banks)


If a double dip recession kicks in in 2011 as many expect to happen (recessions and depressions are rarely a single wave event), the estimated revenue figure of £475 billion could easily fall again, probably to a figure below £400 billion, which according to Jeff Randall would not be a bad estimate of where spending should have been, had the credit boom not expanded Brown’s revenues, and made him imagine he’d abolished the economic cycle.


The two figures, revenues and expenditure should, though, be considered as one sum, not as two separate sums.  Osborne may have done all that is politically possible in the CSR to tailor expenditure for now, but as Jeff Randall says, he is still intending to spend nearly £700 billion in one year.  The key question is what will government revenues be to support this level of spend?  If the £400 billion figure is indeed looming for April 2012, we are going to be in an even deeper mess than we are being yet told.


Osborne, however, had made a few comments prior to the election that he didn’t believe the spending figures and revenue figures being announced by Darling, and he announced the setting up of The Office for Budget Responsibility.  Now in power, he has held back from accusing the previous regime of lying, which would not help confidence, and would make his own situation with the markets worse.  Right now he is hoping like all governments that their economies will lift and growth will bail him out.  The only problem will be, if the recession doesn’t lift as he hopes, but it deepens as credit contracts further.  The currently proposed cuts will the be about one quarter of what will actually be required in that event.  That will present some real political challenges.


In an interview with the FT, Osborne signals that he recognises the situation could yet get a lot worse before it gets better.

Mr Osborne believes that even in the event of a double-dip recession, he would have to maintain fiscal discipline, arguing that it would be necessary to avert renewed concern about Britain’s ability to pay its way. “The country needs a decisive plan,” he told the BBC.
He said monetary policy rather than fiscal policy was a better way of boosting an ailing economy, implying that a new round of quantitative easing was possible. “There is, of course, the freedom of the Bank of England to deploy monetary tools as well.” (FT)

Osborne’s task in the coming year will be extremely interesting.  He may be leading the world in taking decisive action to reduce the government’s deficit, but the amount he’s cut as yet is unlikely to be nearly enough.  The key to surviving, both financially and politically,  is that he keeps the confidence of markets, and this he recognises well enough.


People are already mentioning that 5 year and 10 year gilts are at record lows, but as yet the 30 year gilt is not falling.  Once 30 year money can be borrowed at 2.5%, then Osborne could be said to be on safe ground, as he will be able to turn to the Gilts markets for the huge amounts that will be required, without interest costs sending the budget soaring out of control.  He will be able to borrow with payback dates well into the future,  a generation away in fact, to set up the spending that will be needed to construct a complete economic recovery.


There is a long way to go, with 30 year money still at over 4%.  It will not fall much further until the next leg of recession pushes money out of other markets to buying sanctuary in longterm gilts.  But at least Osborne knows where the path to sanctuary lies if or when a serious second leg to the recession kicks in, and he is readying himself to take the necessary steps.


He will no doubt get us through the next leg down, one way or another, and at least he is preparing the ground now for the option of using huge monetary stimulus, while he seeks to get the fiscal picture under control.  He has made the right diagnosis, and is applying the right cure.  Reducing fiscal borrowing opens up the opportunity to use large scale monetary stimulus later on, at the point when optimism hits the floor.  Yet hopefully next time quantitative easing is resorted to, not all the money will be needed to bail out foolish lending by banks, and a programme of national reconstruction of roads, railways, broadband, airports and airport links can be carried out, hugely increasing the country’s longterm competitiveness.


Thank God Gordon Brown lost the election.  His fiscal position would have deteriorated so fast, that monetary stimulus would not have been accessible with markets unwilling to lower longterm borrowing rates.  Gilts would be edging rates up, not down.  We would have been driving down a blind alley to crash into a wall.  Osborne’s constructing a road out of Brown’s impasse.  It will take years to get out, but at least we will get out if we get the fiscal position back under control.


I commented on Conservativehome as follows –

The fact is that Osborne only has two taps to turn on to fill the bath. The first is tax revenues. These are falling an have been since April 2008, when they peaked at GBP 608 billion. They fell to GBP 498 billion in 2009, and were probably around GBP 475 billion in 2010, yet the figures were obscured by Brown and Darling’s chicanery.
If revenues keep falling in a double dip, they could head below GBP 400 billion. Yet Osborne aspires to spending GBP 700 billion a year.
He will then need the second tap, which is monetary stimulus or quantitative easing. The best way to borrow is longterm at 30 years. In a recession the coupon might fall to 2.5%, which would enable Osborne to raise GBP 1 trillion, to fund a huge programme of construction, roads, rail links, broadband, airports and so on.
In such a crisis public sector wages would have to be cut by 15-20%, and the fiscal position kept under control, or the monetary stimulus would not be accessible. Osborne knows he has to win the fiscal battle to be able to draw on bankers’ funds into the future, which he might well need to do.
The minimum wage would need to be reduced at the same time.
The Tap Blog is a collective of like-minded researchers and writers who’ve joined forces to distribute information and voice opinions avoided by the world’s media.

2 Responses to “Osborne Constructs The Road To Economic Sanctuary”