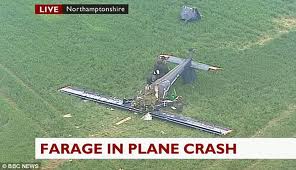 Yesterday Nigel Farage declared his candidacy for the leadership of UKIP.  Why he resigned the leadership before the election is surely one question.  What was going on with the party’s accountability with funds another. But with the media usually only capable of keeping one theme in its sights at a time, the current time must surely be favourable to Farage.  His election day air crash has wiped the slate clean of all past misdemeanours, and permits him to appear as if in a fresh ‘crash-survivor’ costume for a new politico-drama. His theatricals of yore has as much relevance as a King Lear to a performance of Hamlet.  This is a new season.

Looking only ahead, and not backwards at his past decisions, and choices, what is UKIP’s role to be now, in the new Coalition vs Miliband era?  That is all that matters.
Yesterday a new organisation was founded in London, the cross-party EUreferendum Campaign EUREF).  This organisation is son of the Referendum Party (RP) which disbanded as a political party, once its original aims had been achieved, that of persuading all the major parties to hold a referendum on Britain’s membership of the Euro.   One of the main movers in EUREF is Marc Glendinning, who came from RP, and has since run the Democracy Movement.

EUREF SITE – http://www.eureferendumcampaign.com/EU_Referendum_Campaign.html
This new Campaign provides a channel whereby the main parties will be pressurised to look once more at their EU policies.  There has to be a referendum before this issue is settled.  The question will have to be asked – Do British people want to be in the EU over the long term?  Yes or No.

Since Major signed the Maastricht Treaty, there hasn’t been a moment when the people have been given a chance to say if they approved.  The Conservatives were bitterly divided over the issue ever since, to the point that Cameron doesn’t want discussion of the topic.  After all he has his work cut out sorting out the nation’s finances, before he can deal with more fundamental longer term issues.  The coalition’s totally absorbed in fire-fighting.

The Lib Dems were, in opposition, eloquent proponents of Britain adopting the Euro, and it was their doubletalk which enabled the Lisbon Treaty to be voted through Parliament.  But in the Coalition, they too have become silent about the EU.
Labour has many eurosceptic MPs in its ranks but after the brutal Blair and Brown regimes where dissent was  smashed with strong arm tactics, metaphorically and literally (Paul Marsden), no Labour MP these days dares to undermine the Party’s position, which has been to bow to nearly all demands from Brussels with seeming enthusiasm.
The media, especially the BBC and The Guardian associate euroscepticism, or at least claim to do so, with politics of the Far Right, meaning the territory of extremists who desire a totalitarian state, and suppression of free speech.  Of course nothing could be further from the truth.  Eurosceptics would like not just a little open discussion of Britain’s future in the world, which is currently completely suppressed.  In fact, they are campaigning for a Referendum.  It is the BBC which is suppressing democratic discussion by misrepresenting the situation.
All that UKIP has done recently is to assist Nick Clegg’s and Vince Cable’s passage into Downing Street, by taking away Conservative votes in the general election, and making coalition government more likely.  By shere good fortune we don’t have a Labour Lib Dem coalition.  That would have been an even greater ‘aircrash’.  By standing in General Elections, UKIP help only the EU, and have no chance of any breakthrough in a First Past The Post System.
But that tells you something else.  If there was a system of PR, and the pattern in EU elections was followed, UKIP by now could have become Britain’s second largest party.  And that is no doubt what is stopping Labour and the Lib Dems from going for PR, which they would almost certainly have done otherwise.  AV is another threat to democratic accountability, but at least it is not full PR.  It is still FPTP but with less chance of electing a majority government.
If we lost FPTP, it is likely we would be unable to get out of the EU.  UKIP does have a role, it appears, but only a potential one.  Surely though, they could do better than that.
The problem will be that if UKIP’s share of the vote in General Election continues to grow, the Conservatives might find it hard to win 300 seats again, and the Lib Dems could find they and Labour can form a government next time.  The duration of our unwilling sojourn inside the EU could only lengthen. 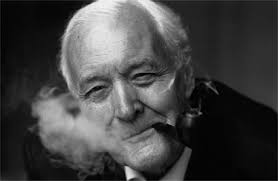 There is no certainty about Ed Miliband being 100% europhile, were he to become the next Labour leader.  David, I think we can take it, would be totally EU-favourable, and would never permit a referendum.  Ed was Brown’s economic adviser, and he must have been certain about keeping out of the Euro.  He is also keenly supported by Tony Benn, who is a longterm eurosceptic.  But so too is he supported by Neil Kinnock.  It could break either way.  One would assume at this stage that Labour will remain europhile.
It seems that the major parties have all got stuck.  Yet the people of Britain are increasingly eurosceptic and increasingly keen to get out,  as surveys show.  The issue is not dead yet, despite the silence in Westminster.  If UKIP are not going to get into the Parliamentary game, and win seats, what else can they do?
One thing they could do is support the inter-party EU Referendum Campaign, and see if that wins support, tacit or open, within any of the main parties.  The greatest breakthrough for eurosceptics would be if Cameron and Clegg were to adopt this and make it their own.  UKIP should campaign for EUREF with this objective in mind.
If they make it clear that any party which signs up to the EU Referendum Campaign will not face UKIP opposition at General Elections, that would be a worthwhile pitch to take.  Then they could campaign like hell with a clear conscience, and a clear strategy for once.   This mirrors exactly the strategy adopted by the Referendum Party in the 1997 election.  It worked.

The previous strategy of trying to back down for individual MPs who signed up with Better Off Out didn’t work.  The EU Referendum Campaign provides a new mechanism and strategy option which was not there before.  If Farage wins the leadership, let’s hope he adopts it as the way to lever the major parties into compliance, forcing the subject onto the major party agenda.

It was interesting that the EU Referendum Campaign was launched the same day that Farage threw his hat into the ring.  Coincidence maybe, but a happy one, I would suggest.  Here at last is a potential strategy which could win the day.  Farage must surely go for it, if he wins the leadership of UKIP.  It will be surprising if he doesn’t, after his miraculous escape from the crash, which nearly took out a very key figure in Britain’s eurosceptic movement, before his life’s work was complete.

3 Responses to “UKIP’s Last Stand Could Be Its Best”