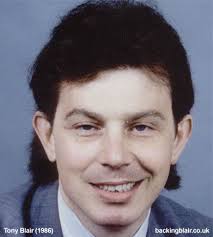 The issue with Blair is not how many people have been, and will be killed and maimed in Iraq or Afghanistan, but something even more fundamental, something he still seems barely aware of, the issue of Trust

In 2003, I remember thinking that the war seemed unnecessary, but if the British Prime Minister was convinced that an enemy represented an urgent threat to our safety, I had to suppress my doubts, and trust him. When it came to light that he had been lying through his teeth in almost infantile fashion, it was more than a shock.
It was the end of a time when people in Britain naturally trusted the government. The loss of life and limb is irreversible. It makes no difference how many tears we shed. But the ongoing loss that we have suffered, which persists to this day, is the total loss of trust in government. Blair along with Brown, Mandelson, Campbell, Prescott are the people who destroyed trust in Britain. It took centuries to build, and a short time to destroy. This is Blair’s legacy.
Until truth and trust are visible once more in British public life, Blair is still with us.  I look forward to the day when his influence is finally eradicated and forgotten.  I fear that what we inherited from the past has been permanently squandered.  But we have to hope, and try to rebuild the shattering of what we once were.  Whatever Blair’s few achievements, the negatives far outweigh them.  His shadow hangs over our world, and haunts every word that is spoken.  In one’s mind now, there is always a nagging doubt, or even the assumption that we are hearing only lies.  It will take a long time.