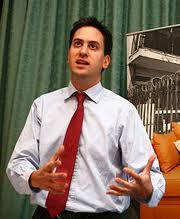 He must have been against the Euro,  or he was at least cautious of it.  That’s to his credit.  But will he understand that the only way a country can afford endless left wing spending and rising government debts, presumably something else he approved of, is if the country’s asset account is growing at the same rate or faster than the debts?

Maybe Red Ed thinks that the government did enough to build assets by allowing property prices to inflate to levels that no one could afford.  Now they are falling back to earth, to the level of affordability, we are stuck with our debt levels still rising, while our asset values are tumbling.  Shares too and company values look set for further falls.  Britain’s problem going ahead is not only the high debts, but also a poor mix of bankable assets.  This has much to do with Labour’s confiscatory taxation policies.

We all know Red Eds like to spend money they don’t have.  But do Red Eds have the ability to get it that the government can only borrow big, if the private sector is getting rich in a big way too.  The kneejerk reaction of Red Eds is always to ensure private wealth, apart from that in the hands of large corporations, is confiscated and prevented through taxation.

Corporate wealth, their tolerated form of wealth, in turn owned by government approved pension structures, which they can milk, can prove fleeting as the recent BP Caribbean fiasco demonstrates.  It pays hired hands to up the risk level, while longer term ownership wants longterm success.

The only politician who understand that large private wealth owned by families is of great benefit to the whole of society is George Osborne.  If wealth is held by private people and is not placed entirely in the control of hired hands seeking big bonuses, it seems to be a lot more solid and durable.  This is evidenced by the fact that the countries that grow the fastest, and are most bankable, are those that tolerate high levels of private wealth. 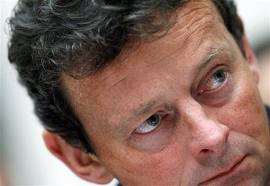 Tony Hayward BP’s former boss.  He had little to lose and much to gain by taking risks which a longer term player would have avoided.  Big businesses run by hired hands seeking big bonuses will always engage in higher risks than privately owned companies looking for longterm growth.   With oil companies just as with banks.  Taxation and a socialist anti wealth culture have reduced the size and power of individual owners.  This needs to change.

But will a Red Ed ever be able to concede that whole financial basis of Marxism is clearly doomed to failure?  Red Eds want to stop wealth being created and surge the spending of money all at the same time.  Durrr.  The inevitable result is exactly what we find now after thirteen years (well sixty actually) of Reddism,  near bankruptcy and national insolvency.

Yet Red will be assured of full support from the media.  Andrew Marr will be promoting Miliband at every opportunity and jumping down George Osborne’s throat.  Yet it is George Osborne who is right.

The government can only borrow if its IOUs are seen as creditworthy.  Right now the market is still relaxed about Britain’s sovereign risk, and rates are falling.  But such confidence could evaporate very quickly if some fringe economies like Ireland’s fell into default.

At that moment, the bankers will look at the country’s total assets against its debts, and see if there is any hope of the assets covering the debts.  As Britain’s potential to accumulate wealth has been heavily suppressed for two generations by capital taxation, with that outcome the deliberate aim of the taxes, incidentally, our asset cupboard is much barer than it should be.  Creditors know that, in the end of the day, a government can seize all private wealth if it has to do so to prevent default and pay its debts.  Britain’s has either already been seized, or worse still, it has been prevented from coming into existence in the first place.  Britain should be one of the wealthiest countries on earth.  The fact that we are facing possible default has nothing to do with the lack of skill amongst her people.  It is entirely to do with the belief of the political class that they are the ones who deserve to be wealthy,  (see Blair’s slimy taxfree empire), and everyone else has to be held back. 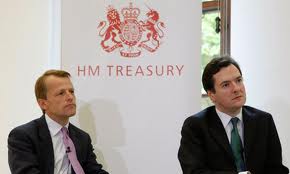 George Osborne is saying to industrialists and private people.  I want to set you free and cut IHT to the ground or abolish it.  This message has been suppressed by the coalition.  But it  is right.  The only reliable repository of wealth in society is having it spread out amongst millions of wealthy individuals and families, beyond the reach of and protected from Red Eds.  Only one there is wealth, can debt ever be sensibly justified.  Britain with wealth amongst her people, could afford to borrow to fix all infrastructure, and rise out of our sqalour.  But our strength has been sapped by Marxist dogma determined to keep everyone equal.  The only equality available is in the sewer, which is exactly where we are headed.

Red Ed will be trying very hard to keep us in the grubby slime that Labour has reduced us to, and it is his borrowing tendency, combined with his wealth destruction which is the exact cause of it.  There will be no congratulations to Red Ed Miliband on these pages.  Just the venom and anger that what he has done already to this country deserves.  We must ensure he never gets the chance to deliver any more of it.  His political beliefs must be consigned to the dustbin of history.  Only then could Britain become Great once more, with better lives enjoyed by all her citizens.

Cameron will ,counterintuitively, find it easier from hereon.  With an enemy in the field,  he will no longer be playing in a political vacuum.  Having attacks coming in from a resurgent Labour machine will make it easier to expose the weaknesses and stupidity of their arguments.