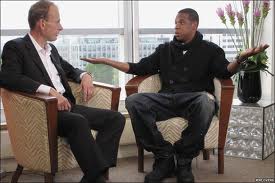 Did you notice the Union bloke was allowed to rant on about the wealthy hiding all their money offshore, as if that was the answer to all the country’s financial ills? Marr might have challenged this version of events, but no. He likes it too much to correct it.
If people live outside the UK, they do not pay UK tax (except on rents or money earned in the UK) until, as British citizens, they die when they pay death duties at 40% of their wealth, the highest figure in the world. Only Non-doms escape inheritance tax.
If UK residents lodge money in offshore trusts,they are assumed to be earning 15% per annum on the money invested, and taxed at 40% upon it, or 28% on capital gains.
The only category which would justify Marr’s view that offshore wealth is Britain’s problem would be if the money was being hidden fraudulently. He is either ignorant or he believes that all wealthy people are criminals. Otherwise he would challenge the prejudicial views of the people he regularly interviews.
What he might also mention is that the opposite to debt is wealth. Governments are irresponsible and are always in debt. Only private people seem capable of accumulating wealth, and this is an extremely important factor that Marr doesn’t get. In Japan the government owes 200% of GDP, but the ordinary Japanese are such prolific savers that investors will still lend to the Japanese government at 1% p.a. on JGB 10 Year money.
Britons are encouraged to save into pension funds where they are forced to take out annuities, and the capital they save over their lives is lost. If Marr showed some idea as to how capital is important, the acquisition of longterm assets to a healthy economy, I would have a little respect for him. Why we have to have a Marxist lecture every Sunday morning from the BBC, I have no idea. But please don’t expect me to sit here in silence. Wealth is not a crime. It’s an important part of the progress of civilization, which Marxists have never understood.


Throughout history, wealthier societies are less warlike, less crime-ridden and more cooperative.  Now that would never appeal to the left.  Their whole philosophy depends on promoting jealousy and conflict, impoverishing the very people they claim to be helping.
The Tap Blog is a collective of like-minded researchers and writers who’ve joined forces to distribute information and voice opinions avoided by the world’s media.