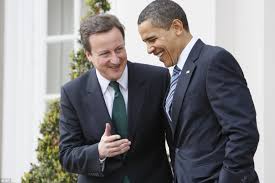 A commenter on Politicalbetting, referring to the Conservative leadership battle in 2005, won by Cameron, wrote ‘Cameron would have won easily had Fox come second”, meaning in the Parliamentary round, where the four candidates, Davids Cameron and Davis, Liam Fox and Ken Clarke were narrowed down to two by the votes of MPs.  The play off between the two winners of that round, had it been Fox and Cameron, would then have been subjected to the choice of the Party members.

I don’t agree with the commenter at all. The membership would undoubtedly have gone with the most eurosceptic candidate, Fox, as Cameron was not trusted as a eurosceptic by the membership.  Fox was promising immediate exit from the EPP, which Cameron had to copy.
Fox though in victory as party leader would not so easily have made common cause with Nick Clegg, and the media would have nailed him down as an extreme rightwinger all the way to the election.  Fox would have beaten Cameron, but Labour would still be in power, in coalition with the Lib Dems.
The Bregg Clown era would now have been upon us.
Fox would have beaten Davis in the Parliamentary rounds, and come second with MPs, had Cameron not posted ten of his own supporters to back David Davis, pushing him ahead of Fox.
On such minor tactical play do great events turn.
The general election of 2010 was the second contest that Cameron won by a whisker, using clever tactics.  If Clegg hadn’t surged, Brown’s advantage with young women would have been enough to keep Cameron out.  By agreeing to the TV debates, Clegg was given maximum exposure with the idea of neutralising Brown’s key advantage with women.  It worked, just as the posting of supporters to back David Davis worked in 2005.
Whatever else Cameron is, he is a tactical player of some ability.  There can be little doubt about that.  And that’s without considering how he recently played BP back into favour with the President.
The Tap Blog is a collective of like-minded researchers and writers who’ve joined forces to distribute information and voice opinions avoided by the world’s media.

2 Responses to “Cameron’s A Tactical Genius”