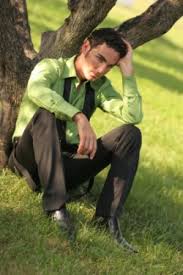 Politicalbetting noticed that Labour are pulling level with the Conservatives in Yougov polls.  As an arch anti-Tory, the editor Mike Smithson sheds no tears over this.  But a Labour revival is not only likely with a new leader about to be selected.  It actually helps Cameron and Clegg.

A Labour surge would drive the two parts of the CoGo (Coalition Government) closer together.

It would also stop the Ukipper tendency for the Conservative second preference vote under AV.
Once the CoGo becomes a solid electoral alliance, Labour would be unlikely to get near to power again, what with boundary equalisation, and tidying up the various ways people can vote twice or more, and harvest postal votes.
The Blair/Brown hegemony would have achieved its just desserts – the wilderness (or even the desert).
If it wasn’t for UKIP, Labour would have gone for PR and bagged the Lib Dems. UKIP’s shock second in the Euro elections put paid to all PR notions.
AV was intended to be the half way house, but that damned Cameron stole Labour’s blushing bride from under their very noses, the toffy-nosed Etonian upper class cad.
The 2010 election was Britain’s little miracle when the main direction of politics was changed by a whisker. In a strange way the CoGo need Labour to do well now to keep the uneasy marriage together. Nothing like a raging jilted bridegroom to keep the new partner on his toes. Whichever Miliband makes it, makes no difference. The numbers are no longer on Labour’s side. Only the media, but we can ignore them.
On PB this morning.
The Tap Blog is a collective of like-minded researchers and writers who’ve joined forces to distribute information and voice opinions avoided by the world’s media.