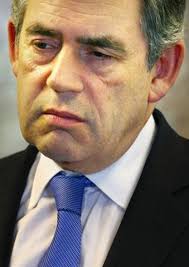 Gordon Brown will have many achievements to record in his memoirs, supposedly soon to be published.  One that he probably won’t be mentioning is the effect that his Windfall Profits tax had on the oil industry.  Effectively the oil majors refused to invest one penny in Britain until Brown and Labour were gone.

Now they have gone.  And the difference is electrifying.
BP is back.  Tony Hayward has declared that they will be investing no less than £5 billion in the North Sea in the next five years (Times today Business p 46 – BP Hesitates Over UK Deepwater Project).  Not long ago we were told that North Sea oil was running out and there would be only declines from hereon.  A likely tale.  These figures tell you that BP knows there is a lot more oil to get.  They simply weren’t going to bother while kleptomaniac Brown was inhabiting  Downing Street.
Word on the street in Aberdeen is that engineering companies, who’ve been quiet for years, are all booming once more.  Britain has been importing oil all through the price rise years, when we could have been pumping our own.
Brown sent our economy reeling as we needlessly became net importers of energy, paying up to $140 a barrel.  BP coming back and investing £5 billion could see us back as an energy exporter.  Thanks for the windfall, Gordon.  This is an even bigger loss than selling the gold at $350 an ounce.  Perhaps an appendix in the coming memoirs listing all the money lost would be in order – gold, oil, pensions, bust banks, and the end of manufacturing, for a start.  Not many ex-Prime Ministers could match such a list of totally needless financial disasters.
And remember this all has nothing to do with the Labour Party or Tony Blair.  This was all Gordon Brown’s doing and not one of the rest of them could do anything to stop him.
Pathetic or what.
The Tap Blog is a collective of like-minded researchers and writers who’ve joined forces to distribute information and voice opinions avoided by the world’s media.