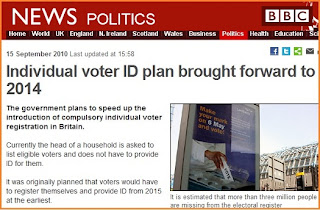 It’s official.  Blair’s Banana Republic will be no more.  Multiple votes will be impossible.  Postal vote harvesting will cease.  Proxy vote harvesting will cease.
Australia has the same problems we have.   They now have a Labor government solely because of lax voting procedures.  The Labor government under Gillard won’t be tightening things up.  Only if a Liberal regime somehow gets in, will the poor bastards down under get a shot at a fair election.  Britain will be cured first, it appears. 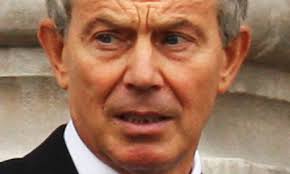 This is great news…the best of the week, or month.  No more rigged seats, and untraceable votes.  I might feel proud to be a Brit once more.  This is a key step in re-establishing democracy and accountability.  Once Cameron has secured the pitch, he will have to sort out our biggest headache – the EU.  But first he has to roll back all of Labour’s evil deeds, of which the most evil was the scandalous rigging of elections.
The Tap Blog is a collective of like-minded researchers and writers who’ve joined forces to distribute information and voice opinions avoided by the world’s media.