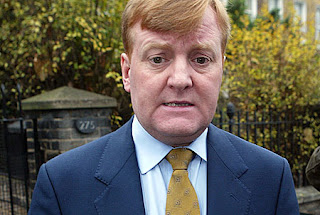 The Lib Dems are going to split up.  The left wing can’t stand the coalition with the hated Tories and wish a coalition had been formed with Labour.  The right wing is happy to be in a position of influence and power within the coalition.  Charles Kennedy has picked this moment to start the process of dismantling the party –

http://www.mirror.co.uk/news/top-stories/2010/08/21/another-party-charles-115875-22502778/
The biggest issue to divide the Lib Dems is the increase in VAT to 20%.
With price rises gradually slowing, by next year the 20% VAT rate might help to delay deflation’s arrival in Britain.  If the money was used to make income tax start above £10,000 as the Lib Dems suggest, the effect would be to increase incentive to work.  That would be a double benefit in helping the economy avoid deflation, and increase incentive.
Politics Is Polarising
Labour’s support is growing with the fallaway in Lib Dem support.  The Conservatives will need to expand their tent further.  Once the right wing of the Lib Dem party settles in the coalition, the next step must surely be to bring in the UKIP vote.

With the Euro approaching its inevitable slide to oblivion , and Greek bonds rising back above crisis levels, the moment will come when anti-EU politics will go mainstream.  The benefits of membership (remind me – what were they?) will be as nothing compared to the need to keep away from the political mess that will result from the collapse in the Euro.

Politics is polarising back into two big camps, as the recession drives people to take up positions against each other.  When the good times rolled, and credit splurged, the centre ground was packed out, as political leaders cross-dressed.  Now the cheque book’s being taken back, the centre ground is deserted.  Each section sees itself as needing to protect its interests, and take up opposing positions.  It’s happening across the world.  In a time when the centre ground no longer exists, the EU and the Lib Dems, both created during the era of plenty and easy money, are being driven apart.

UPDATE – Another blogger commenting on the Liberal Democrat disintegration –
http://politicalpundits.co.uk/?p=2164&cpage=1#comment-11121

The deputy of the Liberal Democrats Party Simon Hughes has declared publically that a coalition deal between his party and the Labour Party could happen as soon as before the next general election.
Speaking on BBC Radio 4 he said:

“The idea of a centre left, of a progressive liberal Britain, is still very much for me what I am here to achieve.”
“Who knows, there may be a coalition with a Labour party if they are progressive at the next election, after the next election or sometime in the future. It’s on the agenda.”

Once the left wing of the Lib Dem party splits away and joins Labour, the path is open for the right wing to amalgamate the coalition into an electoral pact.  The battle lines are taking shape.