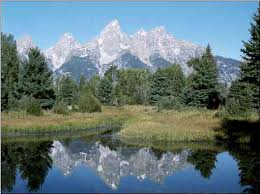 The world still believes that the debt fiasco of the 1990s and 2000s, and the removal of banking controls introduced to prevent another Depression eighty years ago, can have a happy ending with a painless economic recovery.  Often it is just peoples’ mood that tells them there cannot possibly be a deflationary downturn, with prices rushing to ground level.  After two generations of non-stop inflation, a period of deflation to most people, is simply inconceivable.

But that doesn’t mean that deflation is not just as much a part of economic life as inflation is.  Just because few living souls have yet experienced deflation is not an argument against its probability.  In fact rather the opposite.  It is because people imagined they faced a permanent inflation, that they were willing to create the circumstances that have made deflation inevitable.  They all borrowed to buy assets imagining that that would reward them.  They thought the asset they were buying would rise in price and pay off their debt for them.  It worked for near enough fifty years.
It is now the existence of all these massive debts which are owed all over the world by organisations, individuals, governments and institutions that ensures that deflation is inevitable.  The herd wants to pay off debt.  The lenders don’t want to lend, and the borrowers don’t want to borrow.  The debts are so big that everyone now wants to get their hands on a shrinking number of dollars all at once, which inevitably drives up the value of the dollars relative the assets they bought.
Most accept that there are signs of deflation breaking out, but there is still a significant majority that believes that the Fed and the government can somehow fix it.  People believe that governments can simply print money and all will be alright once more.
Yet governments can’t print money.  They can only buy IOUs from indebted organisations.  But the IOUs in the USA become the Fed’s assets (or the Bank Of England’s in the UK), and the Fed itself will collapse if all it has is a load of lousy worthless IOUs.  The lending has to stop somewhere, as the Fed ultimately is responsible for its own survival, before it is responsible for bailing out indebted government or banks.  It is the final repository of financial security and has to proceed with caution.
There are limits to how much the Fed can do.
Bernanke has started to admit that deflation might be becoming a problem.  But he is not willing to declare all-out war on deflation yet, or release more quantitative easing at this stage.  But, from his words, it is clear he knows and the Fed knows that in the USA, deflation is already a fact of life, which will become the dominant event of the decade.

Neither he nor the Fed can turn around the effects of a generation which believed that borrowing was the way to handle their finances all the time, and in all circumstances forever.  That is why the economic wheel is turning.  As it turns, it turns very slowly.  And it will take a generation to find out that deflation can be just as intractable in its influence on the herd’s behaviour as the period of inflation that caused it.

Here is the open-to public-opinion given by Elliott Wave International on today’s events in America –
At a meeting in Jackson Hole, Wyo., this week, he (Bernanke) said what he had to say — that deflation is “not a significant risk for the United States at this time.” Nonetheless, in time-honored Fed speak, he added that the Federal Reserve “will strongly resist deviations from price stability in the downward direction.”

As the New York Times reporter commented in the August 27, 2010, report, “It was his most robust statement to date that the Fed would do its part to avoid a Japanese-style deflation from taking hold.”
Watch out, below! Here comes more quantitative easing, which means that the Fed will create more money on its books and start buying up banks’ bad loans to provide them with more money to lend. But the Fed can only go so far with this policy, as Bob Prechter explains in an interview he did with Justin Brill, managing editor of The Daily Crux, a financial daily digest website.
* * * * *
Excerpted from a transcript of the interview, which appeared in the June 2010 edition of The Elliott Wave Theorist, by Robert Prechter
The Daily Crux: But, ultimately can’t the Fed simply “print” money if it appears deflation is starting to win? The “drop money from helicopters” analogy you mentioned earlier? Wouldn’t that prevent outright deflation and ultimately lead to inflation or even hyperinflation as the dollar is devalued?

Robert Prechter: To begin with, the printing analogy is flawed. The Fed does not operate a press, as the government of Zimbabwe did. It creates new money only when it buys IOUs. This may seem to be a distinction without a difference, but it’s actually very important. These IOUs are the Fed’s assets, and it doesn’t want worthless assets backing its notes.

Even if the Fed were to monetize every dime of currently outstanding, dollar-denominated debt, it would create no net inflation. The money-plus-credit supply would be the same. And price levels — especially for investments — are based on the total of monetary assets, not just base money.

Even so, there is no way that the Fed will buy up the entire world’s stock of lousy IOUs. It has always wanted pristine assets on its books. Remember, it didn’t buy Fannie and Freddie’s IOUs until it got the Treasury to guarantee them.

Then there is the so-called moral hazard — not that the Fed cares about morality — meaning that if the Fed were to begin buying everyone’s IOUs, people would immediately issue more IOUs as fast as they could and sell them to the Fed. It couldn’t keep up with the volume.

But these scenarios are fantasies. In reality, self-preservation will eventually motivate the Fed just as it motivates every other institution. Buying too many worthless assets would cause the Fed’s self-destruction, and I think it will balk at going that far.

What with the effects of moral hazard, and the need for the Fed to purchase only paper of the highest quality, deflation cannot be turned around.  It can be delayed a little,and some of its most brutal effects reduced.  That is all.

SAN FRANCISCO (MarketWatch) — A majority of investment advisers say that a double-dip recession is unlikely and that the stock market will improve over the next six months — but their clients are more worried, according to a survey of money managers released Wednesday by financial-services firm Charles Schwab Corp.

He wants the Fed to buy IOUs and release money into the economy.  But buying US government Treasuries, and not Corporate or Municipal debt is raising the spreads of these riskier assets, making their fund raising more expensive as this is sucking investor’s money into the safer Treasuries.  He writes –

which assets should the Fed buy? As Alan Blinder, a former vice-chairman of the Fed, has noted, the recent policy of replacing maturing mortgage-backed securities on the Fed’s balance sheet with government debt has a secondary effect of reducing downward pressure on risk spreads, which is a pity. From that point of view, it would be better if a new phase of QE concentrated on private securities – but then the question would be, exactly which?


The other problem, Clive, is that the Fed has to look to its own credibility, and economic survival.  If it buys assets that are to become worthless, the whole economic system could teeter close to collapse.  I would be grateful that the Fed has eased as much as it has.  The problem is that the debts in the economy have been allowed to balloon as big as they have.  At some point, asset prices have got to be allowed to fall back to the point of affordability.  Pumping in money only delays the day, and makes the debt problem yet bigger.  Confidence in The Fed will be pivotal to any recovery.  Let’s not drag the Fed into the mess any more than it has been.

One Response to “The Fed Cannot Stop Deflation”