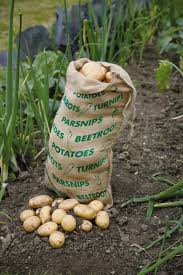 People who voted UKIP in the General Election voted with their hearts.  It felt good to be saying ‘No more Europe’ and to be cheering along to Nigel Farage’s excellent speeches.  But look at the effects.

The Conservatives were moving, glacially but nonetheless moving, in a eurosceptic direction.  Now they are locked in a coalition, which negates all the progress made, and has pushed euroscepticism off the government’s agenda.  Just a few thousand of the million or so UKIP votes could have prevented the coalition, and the loss of the gains so painfully made inside the Conservative Party over the last ten years.
Things are not stopping there.  The two europhile parties, Labour and Libdem, before the coalition formed, were divided.   It made it possible to look forward to a Conservative majority with only 40% of the vote.  The coalition is having the effect now of crashing support for the Lib Dems, mostly pushing it back to Labour, making the europhiles into a single strong force under the Labour flag.
A great opportunity has been lost to keep the europhiles separated.
The only way that a eurosceptic government will finally arrive at Westminster, will be through a Conservative majority.  If the Conservative leadership is compromised by cryptic support for the EU, then only will a revolt from the Conservative backbenches bring in a leadership that fights for British independence.  There is no other electoral possibility.
But EUkippers don’t see it.

In 2010 the damage of eurosceptics not voting Conservative has been even greater, with the coalition suppressing euroscepticism, and Labour resurgent by gathering together opposition to the coalition.
The point is that there is only one Party that will get Britain out of the EU.  It’s not Labour.  It’s not Lib Dem.  It’s not UKIP.  Who’s left?  Eurosceptics should rally and vote Conservative, and battle for control of the party.  It’s the only chance we have.

THE EU IS WINNING

The EU is winning the game this week with its obtaining of police powers, and the arrest of the five English boys and their transfer to Greek jails though they did nothing at all.  Make no mistake.  Control of the Conservative Party is the only battlefield that counts if we want to fight these pernicious developments.

The EU knows that, and their supporters.  How come Nigel Farage gets so much airtime compared to Conservative eurosceptics?  UKIP is a carefully calibrated game to divide British eurosceptics, and people are falling for it by the million.
UKIPpers buy into the emotion.  Going UKIP feels good.  Yet these people are just like me, from another age where a spade was a spade, a lb was a lb, a yard was a yard.  One thing, however, which should please us all, has not changed, and that is the only thing that counts.  We still have a First Past The Post electoral system.  Why can’t the traditionalists, who cheer Farage, as I also do in my heart, understand the political system that they have inherited from history?

If we were counting carrots into a bag, I’m sure everyone would get it.

Maybe that’s it.  Eurosceptics need to envision MPs as vegetables going into a bag.  If there’s more blue cabbages than red cabbages,  and the blue cabbages have been selected well, the battle of the bag is won.  There’s no point in growing lost of purple cabbages, none of which will ever get into the bag.   What UKIPpers and other eurosceptics must see is that there is only one bag.  If they don’t vote Conservative, they are not even going to be in it.  Somehow rationality must override emotion, if eurosceptics want to win.  Ukippers have got to wise up.


Once a very safe Conservative seat, now with LIb Dems obliterated, Labour are back in contention.  UKIP’s 9% is enough to mean that labour might stand a chance of winning.  Any damage done by UKIP standing in General Elections in the past will be as  nothing to what could happen next.  Labour could win the next GE, if this pattern replicates. (I assume the Independent took previous Lib Dem votes.  If so, more could have gone to Labour, making this a marginal ).

As for David Cameron, there is also still the chance, however remote, that he is playing a double game – cooperating with the EU for now, but ready to make moves when the time is right.  That is not something to discount to zero, even now.  But if, as time goes by, he shows himself to be a traitor, the only battle that matters is still for the Conservative Party, and getting blue cabbages into the bag. 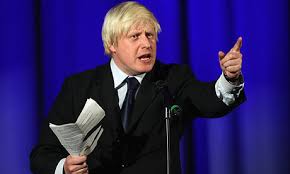 Remember this quote from Mayor of London Boris Johnson, before he became Mayor –

“We want a new breed of MPs who will consistently tell the whips to get stuffed; who will smash the brutal and intellectually enervating system of party discipline that turns Westminster into a kind of Seventies Leyland car factory, apathetically turning out badly assembled laws to plague the people of this country”.
– Boris Johnson, 25th May 2009

The rebellion of the 118 Conservative MPs who blocked the attempt to stifle the 1922 Committee shows that  this aspiration of Boris is starting to happen.  There are a good few nice blue cabbages in the bag now.  Let’s do all we can to fill the bugger.  Make no mistake, if we fail to do that, the Lib Dem tendency will succeed in turning the party further and further away from where eurosceptics want it to go.

Read this from Tim Montgomerie of Conservative Home –

Now that the whole world is enduring more hard-headed economic times the always-practical right is getting more of a hearing. Ultimately, however, it needs to learn to use the left’s language of justice and compassion if it is to reach the growing number of voters who are motivated as much by ethics as self-interest.
No right-winger has understood this more than Iain Duncan Smith. 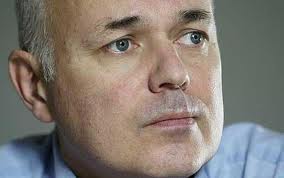 IDS was always a great filler of bags.  Shame he never got to fight an election.  Mind you…the times would suit his style well now.
The Tap Blog is a collective of like-minded researchers and writers who’ve joined forces to distribute information and voice opinions avoided by the world’s media.