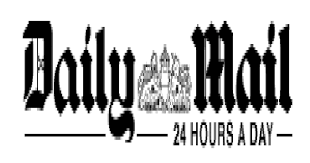 
The Mail reports that a student and four of his friends have been extradited to Greece under the EU’s European Arrest Warrant (EAW).


Lawyers for the five claim the case against them is “ridiculously weak”, but they were powerless to prevent the extradition as the Greek authorities used the controversial EAW to force them to stand trial.


They are likely to spend up to 18 months in a Greek prison until their case is heard, and face ten-year sentences if found guilty. The five stand accused of assaulting a man outside a Crete nightclub two years ago.Karen Todner, of Kaim Todner Solicitors, who is representing the five, said they were being jointly charged with the attack despite witnesses – including friends of the victim – stating that only one man was involved.

Meanwhile, a leader in the paper argues, “The coalition has shown great determination to restore civil liberties at home. They must take the fight to Europe, too. The very freedoms of British citizens are at stake”.
We were promised no further concessions of powers, a renegotiation of the terms.
But with the coalition, all this has been forgotten. Turmoil: Ben Herdman with parents Mike and Jackie this week

Greece, in meltdown, is now taking financial hostages against other countries, to be used as bargaining chips in future negotiations.   Britain should be fighting now to restore our judicial independence, and our political independence.  If this kind of thing doesn’t convince the Lib Dems that action has to be taken urgently, then I don’t know what will.

Bloody ell, even the Daily Mail’s starting to wake up.  Surely Clegg, Huhne and Cable are not that thick.

Brits simply imagine that something’s gone wrong with a judicial process.  In Greece it’s all about money, and especially now.  Keep away, is the only possible advice.  And on top of that, get out of the EU.  This is the standard to which we are being dragged.  Sorry.  It ain’t good enough.

6 Responses to “Daily Mail Finally Gets The EU.”