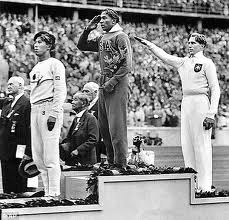 The Pakistani cricket sting is hardly surprising.  The descent of sport into a massive worldwide business has seen its priorities altered so far that it has been changed out of all recognition.  What started as a way to have fun, has ended up as the fast way to make money.  That has inevitably corrupted the original meaning of all sporting contest, and changed it into something else, a symbol of this age of false debt-based prosperity.

The Tiger Woods scandal is not unrelated.   An aura of impossible perfection has been created around top players.  Their wives have gone from being girls next door, to the best the modelling and music marketplaces can discover, while billions in advertising revenues have swelled their fortunes.  It all had to end in tears.  Human beings were never capable of such ‘perfection’.
Football clubs who have paid multi-millions for top players all went bust long ago.  The discovery of mad billionaires willing to carry the indebted burdens that clubs have become seemed the key.  But the only swollen thing has proved to be their egos, with these supposed fortunes often based on massive debt and unwise speculations, which crash and bring their clubs falling down with them.
Only through paid television are sports able to fulfil the financial aspirations of all the stakeholders, who desire their game held high in consumers’ priorities.  Yet football is a farce with its woeful refereeing, as in the World Cup, showing that either  referees truly are blind, or they too have some financial involvement in the outcome of games.

Tennis is getting duller by the year, as fast serves make the ball impossible to return.  The service box needs to be made smaller with the arrival of modern rackets, before tennis becomes like a long drawn out penalty shoot-out.  But will anyone be able to do anything about it, in a world where money dictates every little thing that happens?

Sport used to be exceptional because it was above money.  People played for fun, and for honour and pride.  Excessive monetary rewards have removed the best of the human qualities it possessed.  The logical development of emphasising money above all else, is that players will naturally work with betting syndicates to maximise their earnings without conscience.  It’s a very sad reflection of our age, where falseness is universal, as the money value has taken over everything we are and are capable of being.  How good it would be to return to a simpler age.
The coming depression will bring many of sport’s excesses down to a better level, but the accessibility and speed of communications will continue to feed the evil of mankind onto the playing field, a once protected area.  Sport has merely become a reflection of the modern world, for which it plays.
In the Berlin Olympics in 1936, an evil from an earlier age had taken over sport.  At least, no one in 2010 thinks that millions should be gassed, or excluded because of their racial origins.  Mankind has taken one step forward from that time.  But how will we stop the enslavement of the human race into another form of distorted values, an over-concern with financial concerns?  Society as well as sport has to look to another future. But how will we find a way forward from the current near total corruption of our world?
Turn off the television.  Get involved in the local community.  Rediscover humanity.  Play sport for fun.  Only watch sport played for fun.  Read and contemplate in a silent environment.  This is surely the end of the road for television, and its dominance of all things.  We need to go back a hundred years and start all over again.  Somehow.

2 Responses to “The Corruption Of Sport Reflects Everything Else”