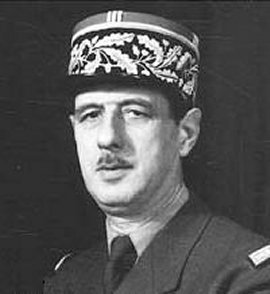 I arrived at Manchester airport this am after booking an online ticket, and missed the check-in deadline by three minutes.  The online dialogue box said the time was`06.00 latest time to check-in.  I should have been suspicious as there was no departure time given, and I assumed that the airline would not have a misleading website.  This is Air France/KLM.  I was wrong.  The time they gave was the departure time, and no latest time to check-in was given, despite the text, which only served to make me late by confusing me.

So I flew to Charles De Gaulle on Air France instead of KLM to Schiphol, paying 33 pounds extra.  No problem.  Except I had been to Charles De Gaulle twenty years ago and lost my luggage there, and I vowed never to go there again.  I had to get a bus to Orly for a connecting flight.  I did get my bag, but the poor girl on the bus next to me is an international water skiing competitor, and all her stuff was missing.  A big competition is coming up in two weeks time in the UK, and now she cannot practise.  Her friend lost all her kit at Charles De Gaulle earlier in the year and the bag and her water-skiing equipment was never found.  The girl was worried.

None of this surprised me as I had met a Finnish lost luggage professional on an earlier holiday and she had assured me that Chqarles De Gaulle is responsible for 80% of all the lost luggage in the northern hemisphere with literally hundreds of items of luggage going missing there every day.

The staff loll about aimlessly in no hurry.  Signs are nowhere to help foreigners find their way through.  It all depends on bussing, and yet the buses are always late making hundreds miss their connecting flights.  Luckily I speak passable French and can work out how to get around by asking.  But another passenger was Belgian and French speaking and even she was complaining as to how impoosible it was to navigate around the place.  God help the Americans!

Our bus to Orly took ages to arrive but traffic was light, and I made my connection with one minute to spare with my name being called out by the gate as I arrived.  Lucky.  It was nearly cock-up number two of the day, but a miss is as good a mile, as they say.

Coming from Manchester from where I fly regularly, often passing through Schipol, it was a shock to find that Charles De Gaulle has not caught up with the modern age.  If anything it is worse than it was twenty years ago when I last went through.  As an advertisement for France it is an embarassment.  But knowing Brussels as another centre of Frankish hopelessness, and corruption, let,s say that while it is a shock that CDG is as bad as it is,  it comes as no surprise.

Next up, the connecting bus from Toulouse airport to Toulouse station took ages to get going.  There was a long queue at the station ticket office when we arrived which took 30 minutes, and now it,s happening all over again! I,ve missed my train!  I am stuck waiting three hours for the next train.  It feels like I left the modern world this morning and landed in a place more hopeless than any other on the planet.   I,ve travelled extensively over my life, and Ive never found another place like it.

The only thing is that the people here are absolutely charming, and very helpful, once you get away from Charles De Gaulle.  That airport is really the arse end of the universe.   And what I,ve seen of the rest is not all that much better.  Is this the best the EU can do?  Yet another reason to put some space between us and it.

One Response to “Charles De Gaulle Is EUseless”