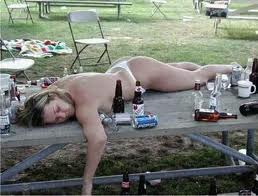 The State Of The Banks

Today Lloyds has weighed in with a nice six month profit figure of £1.5 billion, to go with the HSBC superb $11 billion reported earlier.  There should, however, be a government health warning given as to how these figures are being arrived at.

The figures being reported are compliant with Basel 3 Banking Regulations, which two weeks ago altered the regulatory environment under which banks are now reporting.  These, if you remember, were greeted with whoops of joy by stock markets, as, in effect, losses were not going to be discussed publicly any more.  It doesn’t mean they’ve gone away.  In fact they are probably getting worse.

By avoiding the need to calculate profits and losses by reference to current market values – ‘mark to market’ -, Basel 3 has enabled banks to issue very juicy profit figures in the current reporting round.  Losses are now to be reported not as the actual current position, but according to a new formula, called rather nicely ‘expected loss’.

With minimum lending rates low, and banks charging more for credit,  current lending business is making nice fat margins.  That we know.  What we don’t know and are not being allowed to know, is how big the losses are on earlier lending.  Banks no longer have to report these.  All they need to do is to say that the markets the lending is based on, are ‘expected’ to recover,  and that includes Greek properties and bank debts.

Valuers are permitted to look forward to happier days when markets have recovered their former values, and until then report to the world that no losses exist.

the system is changed from mark to market to an ‘expected loss’ system, to be known as EL!!!!

as per this summarised version of Basel 3, heading number 4. –

The net effect of this is that banks that have multi-billion losses on
earlier lending secured on properties that have fallen in value, are
now able to ignore them, and report only profits made since.
The financial pages are cock-a whoop with the WSJ


Are people really so dumb?!!!


A return to profitability by U.K. state-owned banks this week has helped lift the government’s paper profit on the investments to GBP3.4 billion and sparked speculation taxpayers could end up with a massive gain from bailing out the banking sector in 2008.
Lloyds Banking Group PLC (LYG) earlier Wednesday said it made GBP1.6 billion in pretax profit for the first half, marking its first profit since its merger with HBOS PLC two years ago prompted a government bailout.
Its share rose 2 pence, to 74 pence, putting the government about GBP3.17 billion in the black on its 41% holding in the bank. Its net GBP17.4 billion investment is in profit as long as the share price stays above 63.2 pence.
The government’s larger, GBP45.2 billion investment in RBS is up by about GBP190 million, based on the bank’s 52-pence Wednesday share price. Any move above 49.9 pence is favorable for the government.
RBS on Friday is also expected to report a first-half profit, after 18 months of heavy losses.


Bruce Packard, banks analyst at Seymour Pierce, said: “Lloyd’s management is to be congratulated for reporting profit before tax well ahead of expectations. Yet, this is profit in an accounting sense, rather than an economic sense, given the £132bn of government support the group is still receiving and the billions of wholesale funding with maturity of less than one year maturity.”


But Brucie, Old Chap, we fully expect that it will all work out

Bullshit In Action On the BBC here –

As if to underscore that which we just reported, Chinese banking regulators have told the country’s lenders (last month) to ‘stress test’ themselves for the fallout resulting from a potential 60% (!) decline in residential property values. Recall that previous stress scenarios only went as far as to assume a circa 30% drop in prices. Over 1.4 trillion dollars’ worth of new loans were made to borrowers during the course of 2009.
Clearly, not every one of those buyers was made up of a nice nuclear working family looking for new shelter. Housing prices blasted off into orbit in Q1 of this year, gaining 68% year-on-year. Don’t know what you call that, but around here, the dictionary contains an image of a rainbow-coloured soapy spherical object under that kind of appreciation percentage.
Bubbles are bursting all over the globe, it seems.  It’s just that some are more honest than others about what’s going on.

Read between the lines of this BBC report –

One Response to “Regulators Tell Banks To Hide Losses”