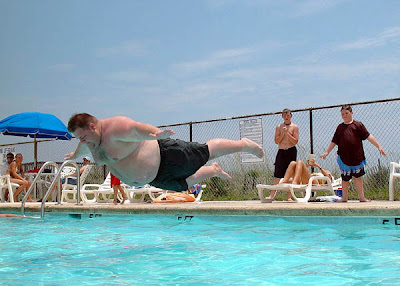 Politics has gone very quiet. Wimbledon, the World Cup and Music festivals fill the airwaves. The silly season rides high. Bankers and politicians are all assuming the world’s economic crisis has been satisfactorily contained. They dutifully engage in their programmes of austerity, while for ordinary people, jobs get harder to find, taxes rise, houses don’t sell and loans are withdrawn. In a context of perfect English summer weather, unknown for years, the combined effect of economic austerity with nature’s beauty is to anaesthetise the mind.

Reports of each week’s war casualties keep people one step away from total mental lethargy, and yet these seem so far away. Like a movie you saw some years ago, they seem out of context, hardly part of where life is now, a leftover from Blair and Bush’s gung-ho years, fighting the now never mentioned War On Terror.

Nor do the Conservatives or Lib Dems want to upset the Coalition apple cart, so tongues are held, which enhances the air of unreality.

But each week the inevitable march of events towards some kind of new shock comes nearer. Asset prices are close to tumbling, whether that be commodities like oil, property prices or shares. Each is quietly deflating like an over-filled balloon, at last allowed to relax back to its intended size, after years expanded to one gasp short of bursting. The float back down to earth so far has been gradual, if not graceful, supported by a generous tide of Quantitative Easing. But now that safety device has been switched off, and the graceful glide could quickly accelerate into an undignified rush.

But why be melancholy? Life always has its ups and its downs. There are a few more games of football to watch, and a couple more music festivals to go, and another couple of Wimbledon finals as England ekes out the best of its summer.

But as the crowds disperse and the autumn grey closes in once more in a few weeks time, the mood could become very different. This is not a honeymoon the coalition is enjoying. Times are too hard for that. But this is certainly the quiet before the coming storm strikes.

The autumn promises to bring events that are entirely unknown to the current generation. An economic typhoon, which will blow away the political patterns of today and replace them with new. Thank God we have got rid of Gordon Brown, in time. From that point of view, our luck has held….just. His central philosophy, that governments are able to control economies, is about to be blown out of the water. The age of government arrogance, which began in the 1920s in the USA, will soon be over. Economists will start to theorise as to what makes businesses grow, and they will find that the more the government gets out of the way, the more businessmen will want to build.

The swathes of regulations that have crushed enterprise will need wholesale destroying before the world’s economy can be fixed. The age of big government is soon to be sent packing, and not before time. Business-builders will be heroes once more, but only if they are given control over the enterprises they build. Otherwise they won’t bother.

Public Sector to face 40% cuts. This news suggests that government revenues are falling faster than expected. The choice is between faster cuts and 10% long term interest rates, cuts are preferable.