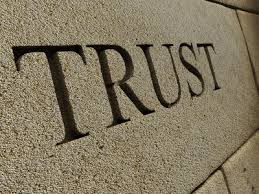 I left this comment on John Redwood’s blog, in reply to ‘New Banks Please’.
http://www.johnredwoodsdiary.com/?p=6753.

Until the market has fallen, banks will not lend as they are already burning with huge liabilities which they fear will expose them to insolvency.

Even more so can the same be said about lending to businesses.  If sales turnovers get hit by a second leg of a recession, which seems increasingly likely with consumer confidence tumbling in the US and in Europe, the ability to service overdrafts, and business collateral will be shredded.

Again the second leg of the recession which will be far worse than the first has to happen before the economy can rebuild.  Share prices will probably halve and commodity prices, back to where they were before the bubble took off.  Look at a 30 year chart for any stockmarket or commodity to see where we currently are – the later stages of a huge credit bubble. (http://www.mrci.com/beta/index.php?option=com_mcdata&view=wrapper&source=/pdf/dji.pdf)

The good news is that economies always rebuild, but delaying the recession with huge bail-outs and trying to avoid the inevitable default of Greece and others is a waste of time and precious resources.  The Euro will collapse and there will be shock waves.  But delaying it will only make the situation worse, and the bust more violent.

Bankers are not dumb, and they know all this.  Vince Cable is trying to turn around a tsunami.  It will crash soon enough.  He should instead be getting people off the beaches, telling people to get into cash while they have time.

John Redwood, blog-owner, is aware that wrong things are being done.  He said in Parliament that the new European Policing Powers amount to a loss of sovereignty.

He knows that he and all other Conservatives promised a referendum would take place in such circumstances.  Is he going to fight and make the proposal for a referendum?  Or is he going to be a lackey?

These things are remembered a long time.  If he is a man of principle, and he is, his principles should and will dictate the decision he is about to take, not temporary convenience.  Our freedoms are far more precious than money.  This is the moment to start fighting.


The Home Secretary, Theresa May, this week announced that the UK will opt in to negotiations on the controversial European Investigation Order (EIO). This will give EU police forces the right to request that UK police seek out and share evidence on criminal suspects. The decision to opt in poses fundamental questions about safeguards for civil liberties and whether police resources will be put under undue pressure as a result. It was also the first major test of the Coalition Government’s policy of deciding on EU justice and home affairs legislation on a “case-by-case basis”. Furthermore, it certainly casts doubt on the Conservatives’ pre-election pledge to repatriate EU powers over policing and criminal justice.


May has already admitted that there are parts of the EIO that the Government doesn’t like. But, under the rules of the Lisbon Treaty, the final decision will be taken by qualified majority voting in agreement with the European Parliament, meaning that the UK will be powerless to veto unwanted elements or any new additions added by MEPs, for example. Once opted in, the UK cannot opt out if the proposal takes on a form with which it doesn’t agree. Conservative MP John Redwood, speaking in the Commons debate, made the point that if the UK is not able to withdraw from the EIO, if the final product is “different to what was advertised”, then opting in must surely represent a loss of sovereignty. (Hansard, 27 July)


I left the above comment on this topic yesterday on John Redwood’s blog, which he did not publish (too much pessimism about the banks for John’s tastes.  He is very careful as a rule to sound as optimistic as possible.).  I left another comment today under his new post on sovereignty.
http://www.johnredwoodsdiary.com/?p=6746


I wonder if he’ll publish me this time.  I merely said that as he called the new EU Police Powers a loss of sovereignty, this must surely trigger the referendum promised in the Party’s manifesto.

2 Responses to “My Challenge To John Redwood”