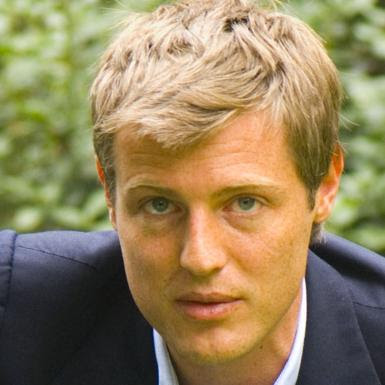 Shane Greer’s points made while lecturing Zac Goldsmith (on Total Politics) are wrong. Peoples’ estimation of Zac rose greatly when he didn’t bow down to the great God of media power, and challenged Snow’ statements before answering questions relating to them.

That’s what this setpiece was about – Zac demonstrating that he was not going to take any crap lying down – the expenses was a mere side issue. Who’s going to be the boss around these parts was the primary subject of this battle – ‘not you slimy dissembling Conservative MPs’, was Snow’s line.

And ‘not you lying, inaccurate, wrong-headed Marxists who run TV,’ was Zac’s.

I exaggerate but not by much.

This plainly all went over Shane Greer’s head, who thinks anyone is bothered about how often the same jackets are used in elections etc. Being too close to the media world himself, he missed the whole point, in a word, raw power.

Greer writes – Zac failed to recognise that his status as an MP automatically raises questions about his honesty and trustworthiness (we live in the post-expenses age). Accordingly, the onus was on him to prove his innocence rather than on Channel 4 to prove his guilt.

He is completely wrong about this. To sit there as a guilty MP is exactly what the media want. People don’t judge others solely by their identity or their group. They look at them first for who they are as a person and what they say, and how they demand to be treated.

If anything Zac is judged for being a wealthy and privileged old Etonian, and the assumption might be that he’d be a soft target for that reason. Cameron, for example, tends to bow to media onslaught as not worth the fight, and slide around the block and find another way through.

But Zac showed another way – let the bastards have it when they are wrong, and keep letting them have it. Great stuff.

He was as good as the best of Nigel Farage in the EU parliament. This direct attack on the pomposity and lies of the media is exactly what we need. Brutal honesty. Determination for the truth to be told at all costs. Only a media junkie like Greer could mistake the moment for what it signifies. Let’s hope more MPs come out from their corner fighting hammer and tongs to knock sense into media interviewers like SNow, used to dictating the terms of the debate and getting away with it, mouthing nonsense and no one bothered to tell them how wrong they are.

Zac should keep going. He will not earn respect from ordinary people by backing down as Greer suggests. The terms of the debate need setting before the details. Every time.

Change the rules then so you don’t break them you plum voiced wanker says:
July 19, 2010 at 7:47 pm
Yes great irony coming from some sitting in the current goverment.

116
Tapestry says:
July 19, 2010 at 7:59 pm
So rich guys are not allowed to defend themselves. Justice of a sort, I suppose, especially for those who cannot come to terms with their own inadequacy, who all vote for Gordon Brown.

Let’s have more people prepared to make the media justify their statements.

It was only when Snow and his Editor realised that Zac had the email correspondence to prove what he was saying, that they started talking over him. That was truly pathetic.

One Response to “Greer Misses Point Of Zac Versus Snow”