Those journeying this summer across the beautiful French countryside, and there are millions every year, rarely give a thought to the existence of significant environmental dangers.  France has 58 nuclear power stations of its own, and a reprocessing industry, with its largest plant at Cap La Hague in northern France on the Channel, which imports nuclear waste from around the world.

The country has a history of nuclear accidents to make the blood run cold.  Few of these are ever reported.  Before bathing in rivers such as the Rhone or the Loire,  or rushing into the waves that pound French beaches, people should read one or two reports of the hazards involved.  There is a greater concentration of nuclear hazard in France than anywhere else on the planet.  Locals know which rivers to avoid.  Tourists don’t. 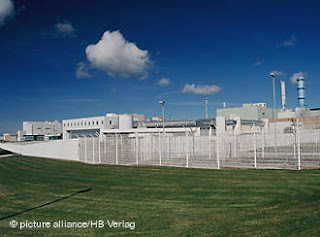 France reprocesses irradiated reactor fuel by soaking it in acid to extract plutonium and slightly enriched uranium. This results in massive releases of radioactive gases and liquids and the creation of solid wastes that place people and the environment at great risk. Reprocessing operations release larger volumes of radioactivity – typically by factors of several thousand – compared to radioactive releases from nuclear reactors.1
France reprocesses reactor fuel at the vast La Hague facility on the Normandy coast. The so-called low-level liquid wastes from reprocessing are discharged into the English Channel and into the air. However, these “low-level” wastes still contain highly radioactive and often long-lived isotopes. Dumping these same wastes into the sea in containers would violate the1970 London Dumping Convention.2
The liquid discharges from La Hague (and the UK. reprocessing plant at Sellafield) have resulted in contamination of area beaches and of seas as far as away as the Arctic Circle and are considered among the ten main anthropogenic sources of radioactive pollution of the world’s oceans.3
Two independent medical studies found elevated rates of leukemia in young people living around La Hague. (Similar leukemia clusters have also been recorded around the British reprocessing site at Sellafield which has turned the Irish Sea into one of the most radioactively contaminated bodies of water in the world).4
The nuclear waste pumped into the sea from La Hague has been measured as 17 million times more radioactive than normal sea water according to an analysis by an independent French radiological laboratory.5
La Hague routinely releases a radioactive cloud that is highly toxic. Concentrations of krypton-85 above the plant were found to register 90,000 times higher than natural radiation levels according to research by a Belgian laboratory. La Hague also releases all of its carbon-14 emissions into the air, identified by the French Nuclear Safety Center as the isotope in reprocessing discharges that is most damaging to human health.6
France extracts plutonium through reprocessing to use as mixed-oxide (MOX) reactor fuel.
For safety reasons, only 30% of a reactor core that can use MOX fuel is loaded with MOX. MOX reactors consume the plutonium fuel but the uranium-238 component of the fuel produces plutonium. Consequently, there is no net reduction of plutonium using MOX reactors. Waste fuel from MOX reactors is not reprocessed.7
Less than 10 percent of France’s nuclear electricity is produced by MOX reactors.8 OTHER REPORTS See also – http://ipsnews.net/news.asp?idnews=29441 Dangerous summer for French nuclear power stations. extract – According to Stephane Lhomme, spokesman for the French anti-nuclear association Sortir du Nucléare, it is possible to predict already that at least one of the conditions for shutdown will be met this summer, with the high temps that are part of an unprecedented drought affecting Europe since late last year. “France finds itself in a situation of pre-nuclear accident,” he said in a conversation with Tierramérica. The activist noted that in summer of 2003, when France suffered a record-setting heatwave, several nuclear plants reached the point of having to shut down.