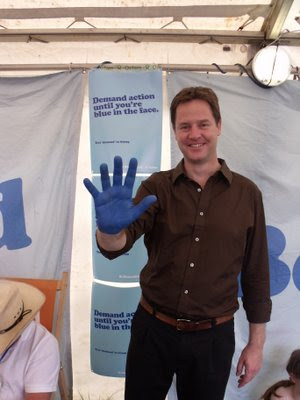 Two items in Open Europe’s European Press Report today stand out. One is that the Euro $1 trillion bail-out is not nearly big enough to cover the size of the problem.

The front page of FT Deutschland carries the headline: “the EU is getting ready for a Spanish bankruptcy”. According to information obtained by the newspaper, eurozone member states are calculating the cost of emergency aid to Spain if problems in the country’s banking sector escalate. European Council President Herman Van Rompuy has also fuelled speculation that the cost of eurozone bailouts may rise further, saying yesterday that one could “of course imagine it exceeding the €750 billion” already outlined.

The other is that the Coalition is finding no difficulty in standing aside from the EU’s proposals for economic supervision, and the EU’s attempts to get Britain to contribute to saving the Euro.

Hague and Clegg “united” in opposing EU plans for national budget oversight
On his BBC blog, Gavin Hewitt reports that, on their joint visit to Berlin, William Hague and Nick Clegg both rejected the EU proposal to submit budget assumptions to EU officials before they were presented to the UK Parliament. Hague said, “Our budget will be presented first to our national Parliament.”

Clegg added, “We are completely united on this.” The Guardian notes that Clegg also warned against knee-jerk financial regulation, saying, “Regulatory overreaction…may unwittingly penalise part of the financial services system which was not responsible.”

With Merkel and Sarkozy barely on speaking terms, the PIIGS on the point of economic collapse, and a united front from the Liberatories, Sterling hasn’t felt so safe in decades.

The election victory by Cameron in 2010 is going to prove one of history’s miracles. At a quarter to midnight, Britain at last voted in a eurosceptic government. Remember Blair and Brown rushing to make concessions to the EU each time they were asked. It’s still early days, but it looks as if we’re at last safe from the sucking and gurgling sounds coming from over the channel as the Euro starts its inevitable journey down the plughole.