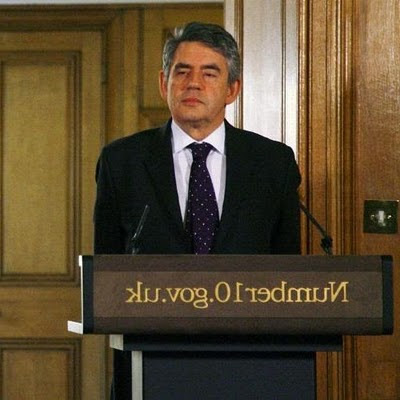 The Hungarian wobble on Friday sent a shiver down financial spines across the globe. Hungarian ‘Treasuries’ moved up 150 basis points, getting close to Plus 5 over US rates, a level next to impossible for the Hungarian government to be able to afford. You might call the government’s declaration of near-default a self-inflicted wound.

The key point the new ‘right-wing’ Hungarian government was making was that the previous government had lied about the true extent of the debts. For that the new government should be credited. Is it really a good idea to keep lying to the lenders? They ultimately will charge less if they trust the borrower.

If default is imminent, it is best to be open about it, and carry out a default in as contained a manner as possible, stating which level of the debts will be paid, and which will not. Uncertainty hanging over the future is worse than the loss of past investments. Someone has to draw a line.

This is the same problem as in Greece, where the new government came in and found that the outgoing left wing government had amassed debts totally beyond any chance of them being paid off.

As yet the governments of the world prefer to carry on in denial, believing that the debts can somehow be contained without default, with bail-outs. Yet in Britain too, Gordon Brown’s debts are, according to some peoples’ estimates, far greater than he has declared. Osborne and Cameron were suggesting as much before the election, but since then, they have, as yet, been persuaded not to spill the true position.

The pattern of left-wing governments entering into debts that their countries can never afford is so common that you wonder if there is some scheme afoot. In the 1970s and 1980s, The World Bank used debt as a strategic instrument to enslave poor countries around the globe, which otherwise might have fallen into the Soviet camp. They corrupted the ruling class and eliminated oppositions. The strategy worked as a way to bar the Soviets, but it created mass poverty for hundreds of millions of people.

Were the world’s bankers using debt as an instrument of power a second time by ensuring so many developed country’s governments have borrowed to a level they cannot repay? It is possible. But more likely, like the governments they were lending to, they simply believed the never-ending economic boom which lasted 17 years til recently would last forever. They believed that growth was on an upwards curve which would cope with all the debts.

Gordon Brown talked of his ‘neo-endogeonous growth theory’, which implied that at times in history, technological advances surged, and in these times, a period of endless growth was guaranteed. He believed that the current period was one such. Perhaps that’s why he attacked by throwing his Nokia at people, frustrated that these new technologies were not bringing as much growth as he expected.

The high levels of growth promised by Brown and the EU, which believed that monetary union would bring about a sustained period of high growth, were not realised, other than through an expansion of debt, on a scale never before seen in peace-time.

The most important new developments proved to be not technological, but tricks of accountancy, where newer and ever-more inventive ways were discovered where debts could be hidden away from public view. PFI, off balance sheet Enron accounting, pensions not considered to be longterm liabilities, and straight fiddling of figures.

On the back of accounting falsifications, another primary falsehood of left wing governments was given free rein – that governments are efficient spenders of money. The extraordinary thing in the UK from the Labour years is not only how much money was spent, but how little was achieved with it. Less and less hospital beds, less and less police on the beat, doing less and less, schools failing to educate children with even basic levels of literacy and numeracy. The list of a collapse in effective public services is endless, and yet never has so much money been showered over them. That lie that public spending solves problems is surely now in tatters.

After blitzing so much cash into nothingness, where can governments go next? The only answer for many will be default. Once lenders see that their loans cannot possibly be repaid, they will fear for the whole amount of the money they lent. They will see that an agreed percentage that can be paid will be more use than holding out for the whole amount lent, when that might result in nothing being paid.

Greece quite clearly should be defaulting and negotiating a percentage to repay, as she relaunches her own currency. Only denial of reality is permitting the situation to drag on. Hungary’s new government has tried to tell the truth, but the world is not yet ready to listen. The problem is that there are probably fifty countries in the same situation. The world is not yet ready to listen to the voice of common sense. High taxes will crush all growth prospects. High debts not negotiated will cripple government finances in perpetuity.

The lies of the socialist era will go on a while yet, it seems. But as the new Hungarian government is trying to say, they cannot go on for much longer. Reality will bite soon enough. Socialists though will go on lying to themselves, but few will be so ready to believe them again. You wonder what aspect of financial reality they don’t get.

The Hungarian forint fell 4.8 percent against the euro the past two days, the worst performance among 177 currencies tracked by Bloomberg. The extra yield investors demand to own Hungary’s debt over U.S. Treasuries yesterday rose 149 basis points, or 1.49 percentage point, to 468 basis points, according to JPMorgan Chase & Co.’s EMBI Global Index.

EU and IMF leaders today praised the work of former Prime Minister Bajnai’s administration in reducing the budget deficit to 4 percent of GDP last year from 9.3 percent in 2006.

IMF Managing Director Dominique Strauss-Kahn said he was “surprised” by the Orban government’s comments earlier this week. EU Economic and Monetary Affairs Commissioner Olli Rehn said Hungary has made “serious progress” and suggestions of a possible default are “misleading.” Both spoke after a gathering of finance ministers and central bank governors from the Group of 20 nations in Busan, South Korea today.

The issue is the size of the deficit, Varga said. The fact finding-committee found miscalculations “by orders of magnitude” in this year’s budget, he said, declining to give the size of the potential overrun.

Tax revenue will fall short of estimates and spending will exceed the plan in areas such as social security, at municipalities and transportation companies. Items including debt at state-run companies also boost the deficit, he said.

“If nothing is changed in the budget, the planned budget deficit target can’t be met,” he said. “There are a number of tricks in this budget. These numbers are not factual. The government of Gordon Bajnai lied to the country. It didn’t present the real situation in a credible, detailed manner.