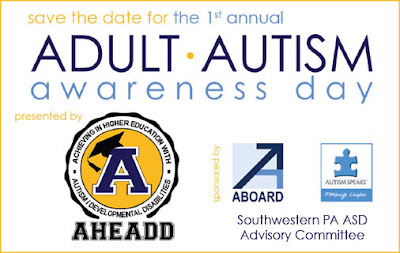 I was pleased to see that Theresa May has pulled the Vetting And Barring Database. Making all nine million professionals working with children register with a central database or they were to face a £5000 fine, was daft in every way. It was typical of Labour’s incompetence at handling social issues. They always managed to create vast and expensive non-solutions.

They had no idea how to work with people, so they always reached for blunt instruments such as money and machinery, especially computers. There is never any substitute for understanding. Maybe the Liberatories will do better.

My brother works or rather used to work in a caring profession. He had four autistic adult ‘boys’ in his care and worked long hours in small team running a home. He used to describe how each of the boys had a different problem. One would try to eat everything, even stones on the ground. Another would just run off and keep running, so my brother used to run with him sometimes five miles until the boy finally stopped and he managed to coax him to come home. Another would just set off across the road if he saw something that interested him, oblivious to the dangers of traffic.

This boy’s father would simply grab hold of him, and then carry him back to safety. My brother found that holding the boy in a bear hug while he tried to distract him away from danger was the only reliable way to help him.

He walked out. There are no other ways to save this boy from danger. Needless to say he feels distressed.

When he heard that I was going to London this week, and would be meeting one or two political types, imagining me to be more connected than perhaps I am, he asked me to speak to Theresa May about this. He still cares about the boy and is worried what will happen.

Although I have met Theresa May, it was in 2003 at the Party conference, when IDS was clinging on to the leadership, I don’t have the open line to the top, as my brother imagines. But what the hell. Let’s blog it.

So Theresa, what will happen to the boy?

Will he be allowed to run to his death under a car?

Will good hard-working and caring professionals like my brother be driven to resignation by crazy, petty, downright stupid blanket rules to be enforced in all circumstances regardless of the consequences, by the little Hitlers that populate government after years of Labour putting them into powerful and well-paid positions? The carers receive low pay, of course, while the ‘management’ have all the trappings.

Will this new spring of common sense being applied to the Vetting Database, also apply to cases like my brother’s in future?

In short, can we be allowed to care for each other again please? We would like to be so able if you would permit. But first you will have get the Hitlers off our backs. Theresa? Are you listening?

Telegraph Article on Theresa May’s suspension of the Vetting Database.

She (theresa may) will add: “The safety of children and vulnerable adults is of paramount importance to the new Government.
“However, it is also vital that we take a measured approach in these matters. We’ve listened to the criticisms and will respond with a scheme that has been fundamentally remodelled.
“Vulnerable groups must be properly protected in a way that is proportionate and sensible.’’
Tim Loughton, the children’s minister, will say he was worried that the scheme would have driven a “wedge between children and well-meaning adults, including people coming forward to volunteer with young people”.
“Such individuals should be welcomed, encouraged, and helped as much as possible, unless it can be shown that children would not be safe in their care.”
Any vetting system “should not be a substitute for proper vigilance by individuals and society,” Mr Loughton will add.
“At the moment we think the pendulum has swung too far”

You bet it has.

One Response to “Oi! Theresa. What About My Brother?”