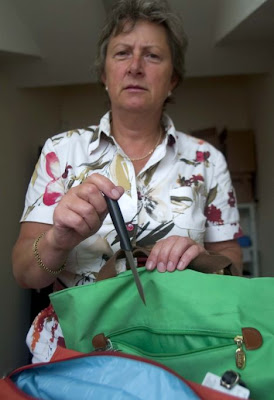 In Parliament yesterday Gisela Stuart MP (pictured) had this to say –

Although this grieves me, let me put on the record that when it comes to referendums, all three parties have nothing to be proud of. We all went into the 2005 election promising one: Conservative Members kept saying “Oh, well, if it is passed, we cannot have one”, but they could perfectly well have had one; the Lib-Dems said, “Oh, we change the question; it should be in or out”; while we said that the document was different from the treaty. None of us came out of this with glory, and I think that we should recognise it.

That sums it up very well.

The reply to her from Miliband (Shadow Foreign Secretary) is also interesting, pointing out that European leaders are scratching their heads about the new Liberatories. The Conservatives have campaigned to keep the Pound for ten years, while the Lib Dems have campaigned for the Euro.

My only thought is for Ukippers. If they had voted Conservative and not forced the coalition into existence, the Pound would be a lot safer. Just think. Britain might end up losing the Pound, entirely because of UKIP.

The other thought is how great Labour’s opportunity would be if they became eurosceptic. Cameron’s prepared his pitch to face a Blairite europhile Labour Party. Imagine his discomfort if he found them attacking from the other side. Gisela Stuart’s winning Edgbaston against the odds demonstrates how well this would work electorally. Labour would be back in contention.