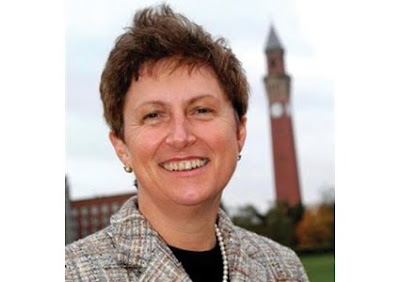 For a generation of German politicians, “Europe” has been a way of slaying the ghosts of the past. This may be understandable, even honourable, but the results have not always been good for Germany or Europe. Chancellor Helmut Kohl overrode the Bundesbank (and the majority of Germans) in the name of “Europe” when the euro replaced the deutschmark. After barely a decade, Economic and Monetary Union (EMU) is facing its biggest crisis and Germany is again under pressure to come to the rescue, in the name of Europe.

In fact, in this instance, the interests of Germany and Europe are the same: Germany should leave the euro.

Her full article in Standpoint

51 percent of Germans want the Deutschmark back

AFP reports that an IPSOS poll has found that 51 percent of German voters want to return to the Deutschmark, with only 30 percent wanting to keep the euro. 56 percent of those over 50 years old said they wanted the DM back and 42 percent of those between 16 and 29 shared this view.

Meanwhile, the WSJ notes that eurozone faces its next major test on Thursday when the European Central Bank’s €442 billion of emergency loans expire. Some investors worry that vulnerable euro-area banks, unable to borrow in the interbank market, could have difficulties in replacing that funding, despite repeated assurances from the ECB that it will provide funds on similar terms, albeit for only three months, beginning Wednesday. The FT reports that Spanish banks have been lobbying the ECB to extend this three month programme, accusing the ECB of “absurd” behaviour in not renewing the existing scheme.

A Handelsblatt article, entitled “The ECB has to play fire brigade for Greece”, suggests that the ECB will have to intervene in Greece’s bond auction this week, with investors put off by Greek government bonds’ junk status. In an interview with Le Monde Jacques Delpla – a former economic advisor to French President Nicolas Sarkozy – has said that debt repayments for struggling eurozone member states should be postponed by ten years in order to allow these countries to pursue necessary budgetary reforms: “The solution I suggest is therefore to encourage fragile countries to go on with their reforms without leaving the eurozone. In exchange, their debt payments could be postponed by ten years”.

10 years to save the Euro. It almost sounds like the 1000 year Reich. Better to face current reality, then dream that Germans will pay up for ten years on end. Ten weeks is proving a bit of stretch currently.