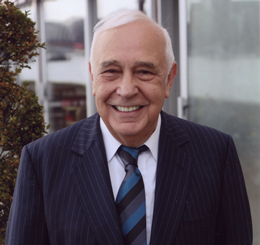 Professor Robert Skidelsky, Labour’s favourite economist, based at St Andrews University
It is generally accepted throughout Europe that cutting government spending and reducing deficits is a necessity for preserving the confidence of markets. As John Redwood writes today, in 2005 the financial taps of high spending combined with low interest rates were kept open too long, causing inflation, only to be followed by too severe a raising of interest rates and now cuts in spending.

Is there really any choice? If we don’t cut, 10 year interest rates could rise to Greek levels and milk government finances. If we do cut, it could help tip the economy into a deflationary spiral. Which is the worse?

Robert Skidelsky writing in the FT thinks that cutting right now will do great harm to the country’s economy. He says –

These propositions are a re-run of the famous “Treasury view” of 1929. By contrast, Keynes argued that demand can fall short of supply, and that when this happened, government vice turned into virtue. In a slump, governments should increase, not reduce, their deficits to make up for the deficit in private spending. Any attempt by government to increase its saving (in other words, to balance its budget) would only worsen the slump. This was his “paradox of thrift”.

But unlike the situation in 1929, courtesy of Brown and Blair, we are entering a slump with excessive borrowing, which had been used to fuel the recent boom.

First we have to get government waste out of the picture, and then channel resources into the private sector, where growing businesses are being starved of funds. It’s not just a case of spend or don’t spend. As John Redwood says, it’s a case of spend on what. The priority has to be to allocate resources to where they will pay off best, and that means into growing companies.

If Osborne cuts Corporation Tax, for example, and National Insurance, he’s doing the right thing. But so too would eliminating the quangocracy be desirable. These are qualitative managerial choices, as well as macro-economic quantitative decisions.