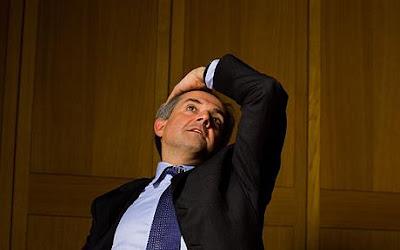 And yet we have our Climate Change Minister, Lib-Dem MP and former MEP Chris Huhne, not content with the EU’s current commitment to reduce CO2 emissions by 20% by 2020, but urging an even more aggressive target of 30%. This sets our new coalition government in conflict with our major EU partners, who have mostly reacted with horror at the idea of an even more fanciful and damaging target. Truly it was said, “Whom the gods wish to destroy, they first make mad”.

It’s quite a point. Do we have total nutters at the heart of the Liberatory coalition? Clegg’s wife has a well-paid job with a windmilling outfit hoping to make millions from covering the country with these useless items. Huhne’s lost it completely, and Clegg alongside the two of them, spouting climate gobbledy-gook along with Cameron.

Ukippers will be furious of course. But the coalition this is what they deliberately voted for, they tell us. We have a mad government, elected by mad voters. Why do we expect anything sane?

Roger Bootle, a Telegraph columnist and Managing Director of Capital Economics, is one of the UK’s most respected economists. He was also, as it happens, one of the key speakers at my first Climate Conference in Brussels in April 2007.

In a Telegraph article on June 7th, he talked at length about Gordon Brown’s vital decision to keep Britain out of the euro – one of the very few good decisions that Gordon made (http://is.gd/cNAEi ). And he asks whether there is an issue of similar consequence facing our new government. Let me quote:

“There doesn’t have to be a parallel to the euro issue for the current government, but I think that there is – climate change. Again this has a European and a quasi-religious aspect to it. There are both fervent adherents and sceptics within the Cabinet.

The UK is committed to incurring enormous costs to meet ambitious targets for reducing CO2 emissions at a time of economic stringency at home, and when large parts of the world are hell-bent on emission-creating economic growth. Scepticism about man-made climate change is growing and, despite the position of the Prime Minister, the orthodoxy may well be overturned at some point”. 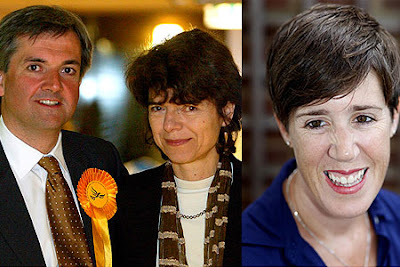 Huhne The Loon leaves his wife for his PR assistant. The Liberal Democrats do it again….display instability of one kind or another…
Daily Mirror.

3 Responses to “Huhne The Loon”