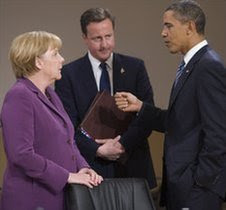 Today finds Cameron heading for Canada for the G20 with a private meeting booked with Obama in which he will plead for BP’s survival. Obama is a shrewd politician, who knows that when there is a catastrophe you need a scapegoat, and he’s decided to make BP the scapegoat of this one.

But if he doesn’t realise the knock-on effects of destroying one of the biggest companies in the world, then he should. Investor confidence is fragile enough after many banks have had to be saved from oblivion with government cash in the last two years. It seems odd that the US government, which not long ago was raising trillions to save financially insolvent financial organisations, is now going crazy to destroy a company that is basically very successful.

Obama seems to lack basic wisdoms in many of his choices. He may be a great communicator, who, like our own Tony Blair, likes the cheque book, but as with Blair, the better the politician’s ‘elect-me’ sales pitch, the worse the performance seems to be, once in power. Common sense is all we need in political leaders, not top PR professionals, who too readily allow others to swing in order to protect themselves.

Let’s hope David Cameron can bring him around to adopting a position of common sense.

EXTRACT – Cameron – “I want to work with everyone concerned to try to make sure that out of all this there will still be a strong and stable BP, because it is an important company for all of us.

“That is about quiet diplomacy and making sure we deal with the issues, and I think that can be done.” 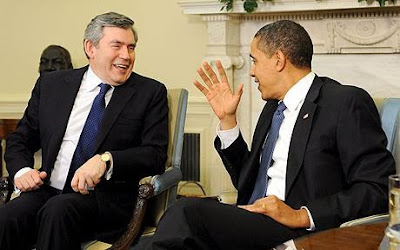 Somehow I don’t see Cameron rushing in to make concessions to all and sundry at international venues like Brown and Blair. He’ll tread around Obama’s ego, and political requirements, negotiate with Merkel’s determination to make all Europeans into me-too Germans, and come home with Britain’s interests protected. His face could not be more different from the grinning Brown and Blair ‘you can tickle my tummy if you like’ approach.

As for Cameron’s body language, arms across front clasping large defensive file-holder, it says more than any words. ‘On guard’!