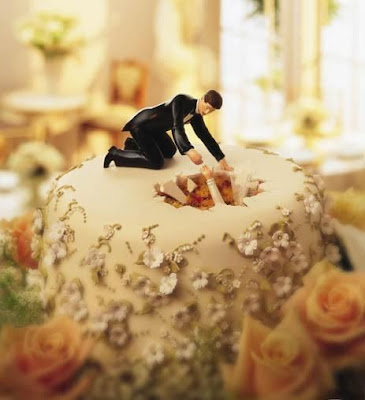 So many things in Britain are wrong. The social rules are mad. No one wants to employ. Teachers want to retire. Nurses to quit. Carers to pack up. Being a human being and expressing opinions is not possible in most situations. Fear of speaking one’s mind has become the norm.

For foreigners living in the UK it’s worse. A friend of ours has a Filipina wife. She has lived in the UK with him for seven years. They are happily married. But until she becomes a UK citizen, she is not allowed to stay here, and could be made to leave the country when her visa date expires, married or not, children to abandon or not.

To become a Citizen she needs to pass a Citizen test, which is based on a book containing 1000 items of knowledge deemed necessary to become a citizen. The items are not simple and some quite obscure. No British person would pass this test without months of study. The pass rate required is 75%. Many foreign wives (and some husbands) have tried sitting this exam as many as ten times but keep failing. It costs £300 each time they try.

Every few months one third of the 1000 vital pieces of knowledge are changed to ensure the majority of Citizenship applicants keep failing the Test.

Next up, there is to be a language requirement, which is being set at intermediate level. Again many British citizens would fail this test. Few foreigners could expect to pass these tests unless they are Professors of British language & Culture.

EU Citizens, of course, don’t have to do any of this. They can live in Britain all their lives without any conditions or limits being set.

I dread to think what is happening to the children of these mothers who are made to leave Britain after failing the Citizenship test. David Cameron says he believes in families. If he does, then why is the EU permitted to bar non-EU immigration to the point that British people are effectively unable to have families unless it be with EU citizens.

This is Nazism. Children being ripped away from the bosom of their parents, if they fail to measure up to bureaucratic standards of perfection. Cameron has to not only get us out of all EU economic control, but also all EU social and cultural control. The bureaucratic smashing of families should not be happening in a civilised country. 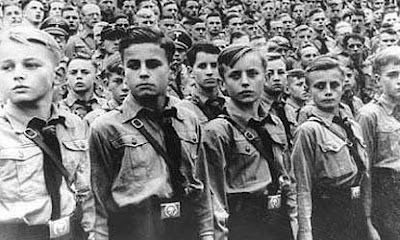 The EU wants to ban all trade with the outside world and all human association. It’s not only the Euro which has no credibility. The whole EU concept of dehumanising us, and destroying families who don’t fit the measure of Euro-perfection is downright evil. History tells us where visions of human perfection usually lead. The list of victims just keeps growing. 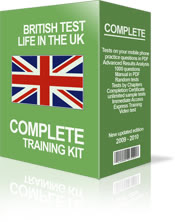 – Since November 2005, “Life in the UK Test” is a mandatory exam for all candidates for British citizenship. Since 2007, it is also required for those who wish to apply for an Indefinite Leave to Remain, or permanent residency in the United Kingdom.

The test is based on the manual called “Life in the United Kingdom: A Journey to Citizenship – 2nd Edition”. The only testable chapters are 2, 3, 4, 5 and 6. The official questions are not published and their distribution is punishable by law.
You have 45 minutes to answer 24 questions and you are only allowed 6 mistakes.
Our Complete Training Kit contains 1000 practice questions that cover the entire testable material. We only offer questions that cover topics likely to appear on the exam.

As for ‘on the exam’? Allo Allo – was this whole thing written in Belgium?

One of the most popular features of our Complete Kit is Express Training: we selected only those questions that are extremely important and that are most likely to be asked. Express Training also allows you to quickly review the text book: every time you fail a question, we will show you the page of the official manual that you should review.

Popular? Popular? You think people actually want to be bothered with all this shit.

We recommend to start with a Simulated Test. Our Advanced Result Analysis will show your weaknesses right away; for example, if you see that most of your mistakes come from the questions about the Government, you may want to review that topic by taking a few tests based only on Chapter 4 (How the United Kingdom is Governed).

I think we know who’s running the country, and it certainly isn’t anyone British.

BritishTest offers a 100% money back guarantee in case of a failed test.

The course costs a mere £12, but the Test Fee – £300 – is not redeemable. Such generosity is astounding, indeed overwhelming.

Our training system is efficient and easy to use. You can start practicing immediately: your access key will be instanty delivered to your email or mobile phone.

Our goal is to prepare you for the test quickly and easily. Hundreds of clients have used our training program and successfully passed their Life in the UK test.

Yes that’s right. Auschwitz was all so easy and helpful for its inmates. Now fuck off and leave your kids, you ignorant niggers.

Maybe this way, some of our friendly paedophile networks can more easily get their hands on them.

Where’s that David Cameron? Get rid of this total crap immediately.

There is nothing British about The British Test.

6 Responses to “Would You Pass The ‘British’ Test?”