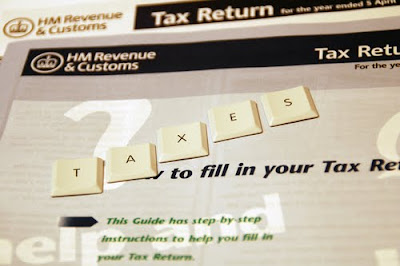 VAT at 20% will have one effect. It will make those who work in the Black Economy more competitive, and their market share will grow. In Britain the Black Economy is thought to be relatively small compared to the Club Med countries like Italy and Spain.

With many businesses fully aware that they have to cheat to survive, with many, for example, paying wages well below the minimum wage – I heard of a £3 an hour job last week being taken by a 24 year old graduate I know personally in London, 20% VAT will act as a trigger to prompt more people to offer or ask for a cash price.

The Black Economy could be approaching 10% of the economy, but no official figures have ever been produced in the UK. Spain’s 2009 Report into the BE there suggested that there at least the BE is growing.

A report has just been leaked to the Cadena SER radio station that the black economy in Spain now makes up 23.3% of all transactions. This means that a quarter of the economy in Spain doesn’t show up on the official figures for the size of the GDP for example. The figure is 5% higher than a decade ago and it is getting higher due to the famous “Crisis”.

Up until now it has been normal for the plumber to say “Do you want a receipt?” the subtitle being, “do you want to pay 16% extra on top of your bill”. Apparently there has been a sea change in the way the situation is approached in the last year and it is now the buyer who asks whether it is possible to do the job without VAT rather than the vendor wanting to avoid a bit of tax and paperwork. Funnily enough Spain still only ranks second in the tax avoidance stakes as the figure in Greece is much higher.

Britain’s BE is smaller than Spain’s, but the problem is growing everywhere in the world, not shrinking. Running two sets of accounts is made easier by computers, and it becomes easier to cheat as the availability of computer power grows. See An estimate of the relative size of the Black Economy –

If the figure of 30% is achievable in Italy, wrecking government finances there, you can imagine that the Black Economy in Britain will be catching up as tax rates rise to European levels.

The article below explains the situation in Britain.

…Moonlighting, ghosting,working for cash in hand, undeclared business profits, fraudulently claiming welfare assistance, failing to register a business for VAT purposes and organised crime. All of these ‘economic axtivities’ are said to operate in the shadow or informal economy and no one including the authorities have much of a handle on just how large is the size of the black economy.

A new report from the National Audit Office has been looking at the attempts of HM Inland Revenue and Customs and Excise to recoup lost tax revenue from tax evaders across the country. Recent estimates from the European Union hint that one worker in twenty has undertaken undeclared paid work in the last twelve months although the range of results from the twenty seven member nations was from 1% to 18% with the UK below average.

That strikes me as likely to be an underestimate. There are in Britain over three million people counted as self employed, one and a half million unemployed and over ten million people listed as economcially inactive. I would venture to suggest that a sizeable proportion of this cohort of nearly 15 million people would have the opportunity for a spot of extra income each year which might go undeclared. Then add in those in full time and part time work employed by someone else who moonlight – teachers offering tuition, people paying their gardeners or cleaners in cash, the recently divorced looking for extra income to meet maintenance payments, graduates trying to repay their student loans and families on low wages desperate for some overtime and unsocial hours paid in cash to meet rising utility and food bills.

Most of us have done it at some point in our lives. Detection rates are low, we might find it fairly easy to rationalise it on the grounds that we are already heavily taxed and our extra income and spending helps to support local economies especially when times are tough and budgets are stretched.

Anyway the latest estimate is that there are upwards of 2 million moonlighters and ghost workers out there in the UK costing the Exchequer around £12 billion a year in lost tax take. But the extra spending and income generated in the black economy does create some additional tax revenues – it is not simply a deadweight loss which might have gone to fund more teachers and nurses.

VAT at 10% would give the legal economy a chance. 20% gives the crooks the edge they need.

UPDATE – On politicalbetting.com there was a discussion saying that in Scandinavian countries VAT is from 22-25%. Yet in Scandinavia people tend to comply with central authority, while in Britain people cheat.

A VAT rate of 20% can only work out in such countries where people don’t evade tax as a general rule. Brits are not keen on complying with silly rules and are more individualistic, seeing their own interests as above those of central government. They don’t feel shame at breaking petty rules and evading high taxes.

4 Responses to “Black Economy To Surge With 20% VAT”