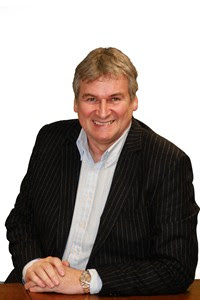 Since the Expenses Scandal, it’s become a truism of modern day politics that all politicians are in the game purely to help themselves, legally or illegally, and that all or most are either on the take or would like to be.

It is no surprise, therefore, to find that little people playing politics in rural Shropshire have cottoned on to this fact. What better way to try to upset their opponents than to level some accusations of wrong-doing, which will all be readily believed in the current atmosphere.

Councillor Nutting was rather put out when Councillor Keith Barrow became the Leader of the County Council, and he has not been able to find an effective way to prevent Barrow from bringing the Council back within its budget, offering nil growth in Council Tax for two years minimum to Shropshire’s hard-pressed citizenry.

So when Nutting ‘discovered’ an ‘anonymous’ letter, making serious allegations against Barrow, in that it suggested that Barrow had been involved in taking Council decisions affecting the fortunes of a business in which he allegedly had an interest, without declaring such, he thoughtfully handed the letter straight to the media.

Barrow realised immediately that the whole thing was the work of a total dumbo as soon as he saw the circulated anonymous letter, but once the story was splattered all over Shropshire’s newspapers, he was unable to make any reply to it, as it inevitably had to be investigated by the Authorities.

The business in question had the same name as Barrow’s home. That is the only link between Barrow and the business. That fact could have been established without the letter being sent to the Press of course with a simple phone call.

But the little people had decided they wanted their story of political corruption in the Shropshire Star, who duly splattered the allegations without substance far and wide, making it look that Councillor Barrow, whose only crime has been to keep spending under control and disappoint those who like the taste of Council gravy, was some kind of dodgy character.

After a weeklong investigation, the Standards for England announced that their investigation was being referred back to the standards committee at Shropshire Council, which implies that there is no case to answer. But let’s not underestimate the determination of these little folk to get their man. They also supplied the same allegations against Barrow to the Police.

I can understand the Police not wanting to get involved in a political dispute, but surely they could make a quick phone call and find out whether Keith Barrow is involved with this business as alleged. West Mercia Police are not yet able to declare whether there will be an investigation.

That’s not good enough. The reputation of an important local figure is being attacked without evidence. The Police should throw the case out within a week, and not drag this nonsense out any further.

If this is the level to which Shropshire’s politics has sunk, when the only man who is determined to get control of one of the laxest Council budgets in the country, is going to face fabricated allegations, the Police owe it to the citizens who pay them, to get the truth established, and quickly. They should not be used as patsies.

Barrow’s character is irreproachable. Let him get on with his job.

UPDATE – 9th June 2010 – The Police are taking no further interest in this story.