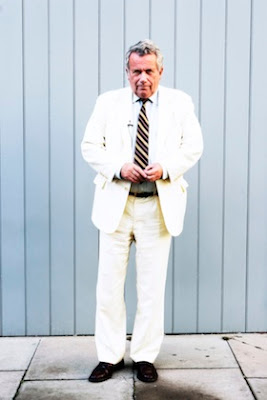 Anti-Sleaze Campaigner MP Martin Bell
Postal and Proxy voting fraud were carefully controlled state secrets in 2005. Blair’s majority turned on a few thousand votes in a few marginals, where postal voting was heavy, but hardly a soul dared mention it.

In 2010, the same games are being put to use, but even more heavily than in 2005. This time, however, the media seems to be awake to what is going on, and some are willing to speak out.

There have been warnings in suspicious byelection events as at Glenrothes, where the register went missing after a surprise Labour ‘victory’. There were concerns about Glasgow North East and one or two others. The media kept quiet even then.

So it is reassuring to find The Daily Mail running as its lead story, how postal and proxy voting fraud could be about to decide the result of the 2010 election, by swinging the results in a few marginals.

My own Proxy vote, by the way, has still not arrived. It was applied for on April 13th.

In comments on Political Betting –

Daily Mail, same article: Under election law, anyone from Commonwealth countries can vote in the general election if resident in the UK.

That’s news to me – and effing ridiculous. Electoral law needs to change sharpish.

It’s not that hard to do postcode checking. The whole thing smell bad. postal votes should only be for a genuine reason.

It’s actually very easy in this age of bar-coding.

Genuine reasons – ill health, immobility, etc, should be countersigned by a doctor. Or if working away from home at the behest of an employer, again countersigned.

Just casually choosing to have a postal vote should probably no longer be allowed.

Where is the rest of the media on this topic?

Anti-sleaze campaigner Martin Bell said: ‘There is actually a possibility that the result of the election could be decided by electoral fraud. That’s pretty grim.
‘We are facing a situation where we can no longer trust the integrity of our electoral system. It was a huge mistake to extend the postal vote. It opened up our system to all kinds of frauds.’

Out of a total estimated electorate of 46million, 7million have registered for postal votes.

OK Martin, but where were you in 2005? Loyalty to Blair, who handed you your seat, kept your silence that time, eh.

I have just read the article in the Independent written by reporter Jerome Taylor chronicling the attack on him by a gang of thugs whilst he was investigating voter fraud in the east end of London.

I have to admit that I had previously shrugged off grumbles by PB posters about voter fraud; it just seemed an easy excuse for disappointment in seats where they expected to do better.

The newly-elected government needs to appoint a Royal Commission on our governmental democracy incorporating electoral and voting practices. The Commission needs to look at all aspects of our democracy including voting methodology, registration practices, identification at the ballot box and when postal votes are issued.

I am deeply concerned.