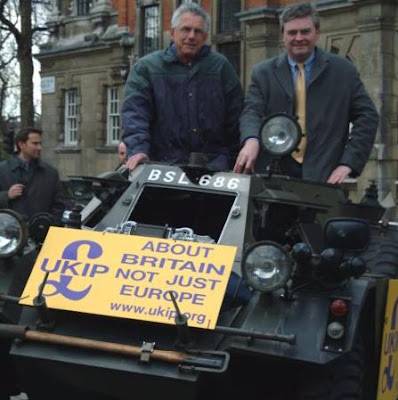 “European monetary union was a political project imposed on unenthusiastic electorates by political leaders in a hurry. However, it was based on some very bad economics and ultimately bad economics leads to bad politics which we are beginning to see.”

Imposing bad decisions on electorates is the way of uncaring governments acting under PR. Nick Clegg is keen to commit more such sins on the British people. Cameron will find it very hard to push forward his new European policy in these circumstances. UKIP voters were completely nuts ad are directly responsible for cramping Cameron’s determination to renegotiate Britain’s position. If only one quarter of UKIP had voted Conservative, Cameron would have had a majority and would not be needing to talk to Clegg.

The best thing he could do now would be to reform the electoral system, not to bring in PR, but to toughen up requirements for postal voting, proxy voting and ballot box voting to the point where the election results are not so variable depending on who is organising the collection of votes. Fraud is now such a big part of the system.

He needs to get the boundaries changed so that number of votes cast is reflected better in outcomes.

Then he needs to go to the country again, in an election where 10 million votes cast wins a majority.

How the proposed coalition will go is anyone’s guess. There could be serious difficulties in getting agreement between the parties on EU policy. Hopefully those in UKIP will learn from seeing what is about to happen.

It’s a longterm EU objective to install PR in Britain. The Lib Dems, the dimmies chosen to bring it in on behalf of the EU, would be wiped out by it. They would lose the central role they now have in our politics. For the first time on record throughout history, turkeys are advocating Christmas. The few, who cooperate with the EU, like Blair and Clegg, know that their rewards come later.

UKIP nutters are proud of helping the EU.

10 Responses to “UKIP Must Learn The Error Of Their Ways”