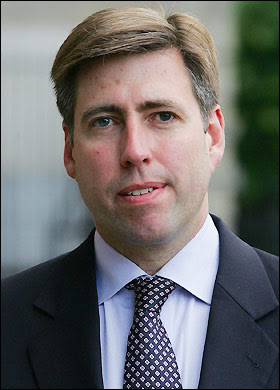 Mr Cameron’s allies said that on reflection it did not make sense for ministers to vote in an election from which they were barred from standing but they will be allowed to attend 1922 meetings — his other key demand.

He faces claims that he lost an early trial of strength with his internal critics after being warned that he could not stop the election of a vocal opponent.

Graham Brady, who resigned from Mr Cameron’s Shadow front bench to speak in favour of grammar schools, remained on course to be elected 1922 chairman tomorrow night, friends said. He will put his case to Tory MPs at a hustings tonight where his rival, Richard Ottaway, will seek to overcome the tag of loyalist favourite.

The coalition partners will be satisfied that Cameron tried to take away his backbenchers’ traditional powers to retire a Party leader through a vote of MPs, initiated in the 1922. The fact that he failed indicates how strong this section of the Parliamentary Party has become.

In its relative silence over four long years, which was maintained while Cameron ran the Opposition from a small group, winning nearly every PR battle he took on, including the election, does not signify weakness. Loyalty and weakness are easy to confuse, but should not be. Loyalty is never absolute. It is always conditional on sufficient loyalty in return, and if Cameron ever doubted it, he need no longer.

If Cameron fails to satisfy the right wingers or the traditional Conservatives in his party, they will undoubtedly stand fast and oppose him, and could bring an end to his leadership if he were to sell out to Europe for example. There will be no whipping of Maastricht Treaties possible with the 2010 generation of Conservative MPs.

He now knows where he and the Liberatory coalition stand. Tomorrow the election of the 1922 Chairman will almost inevitably be Brady, who opposed Cameron’s policy on grammar schools.

Graham Brady was born in Salford in 1967. He was educated at Altrincham Grammar School and Durham University where he studied law. Graham first became active in the Conservative party when aged 16 he joined a campaign to save the local grammar schools. Prior to entering Parliament in 1997 Graham was Public Affairs Director at the Waterfront Partnership. He had previously worked at the Centre for Policy Studies and Shandwick Plc.

At Graham’s election in 1997 he was the youngest Conservative MP at that time. In Parliament he has been opposition spokesman on employment, served as a whip and as Parliamentary Private Secretary to the Rt Hon Michael Ancram when he was Party Chairman. He went onto become Shadow Minister for Schools; PPS to Michael Howard when he became Leader of the Opposition and then Shadow Europe Minister. He continued in that role following David Cameron’s election as leader. Graham stepped down from the front bench on 29th May 2007 . Graham is currently a member of the Treasury Select Committee. He is also a member of the board of Manchester Metropolitan University and is a member of its audit committee.

He is the man for this moment.