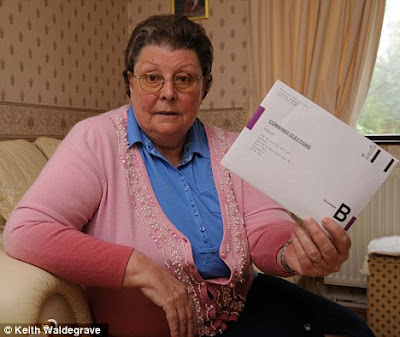 Did anyone notice? Mrs Duffy was a Labour voter. And yet her opinions were all Conservative. She wants to pay off debts. Cut spending. Reduce immigration.

That’s the reason Cameron should be feeling optimistic this week. Even Labour voters are turning conservative now.

The world is heading the same way. In this week’s Insight on Elliott Wave, you find that fiscal conservatism is the new social mood worldwide. They write –

Then, the likely outcomes for a country are to either default or turn to the IMF for a loan. A default means that debt will not be paid back as originally agreed, while an IMF loan usually comes with requirements for spending cuts – and both are deflationary.

The Greek default situation is likely to spread to other nations, just as it originally spread from Dubai to Greece, because countries have simply spent too much money for their economies to pay back.

Further spending cuts, IMF loans or defaults, are likely for Portugal, Italy, Spain and Central Europe. At least, that’s what their markets seem to be saying with their recent spike in yields and sell-offs in stocks.

The second development that shows social mood’s collapse is the rise of the Tea Party movement.

Earlier this month, a Rasmussen poll showed that 48% of voters said that their views are closer to the Tea Party’s than to those of President Obama’s. And politicians are listening. Just this week President Obama convened a conference on ways to cut the budget deficit. This conference is a direct response to outspoken citizens’ desire for fiscal conservatism. Here’s an example of the electorate forcing politicians to change. Look for much more fiscally conservative talk during the November elections as politicians attempt to align themselves with a more conservative fiscal electorate.

Clegg’s out of date before he even starts.

Cameron is running out of clothes. He started off as the fiscally overly-provident me-too Blair. He converted into a stern-faced me-too Brown. The good thing is that, with the world going cautious and more conservative, at last he can just be himself. The wheel is turning full circle. 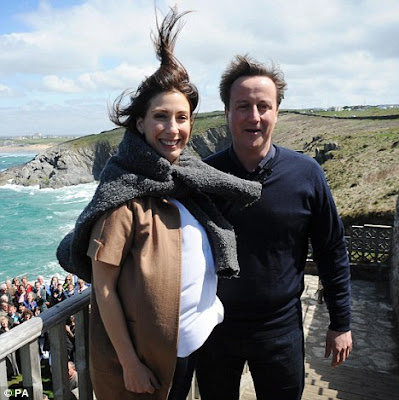 Cameron might win a small majority this week. If he doesn’t the wheel is turning his way, and any future elections are likely to be his. Mrs Duffy is throwing away her postal vote this time. Who knows? Next time even she might find herself in the Tory camp. Rochdale is the touchstone. Immigration. Debt. The EU. It’s all one and the same. If you want conservative policies, Mrs Duffy, vote for a Conservative Government.

And watch out for Sterling in a Hung Parliament – See Guardian – Foreign Exchanges to open at 1am Friday morning.