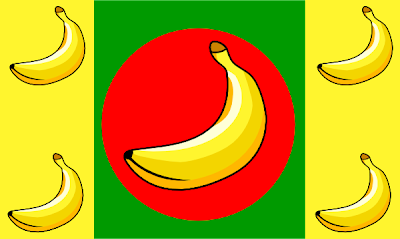 The thing that occurs to me as the media finally latch onto postal vote and proxy vote fraud is where were they in 2005? The Labour postal vote campaign in the marginals was fully up and running in 2005, yet no one said ‘Boo’. The fact is that they all preferred to hide their heads in the sand. No one dared to say one word to ruffle Blair and Campbell. The word ‘sheep’ occurs. Now the Daily Mail has launched its focus on voting fraud, the BBC too has finally awoken to the topic. It’s only five years too late.

This blog has been writing about voting fraud for five years and more. And where I tried to write about it elsewhere, I was usually greeted with ‘çonspiracy theorist’ disbelief. Even now the majority are only starting to take in the situation.

The fact that the media said nothing in 2005 is the reason we have the same problem now except it’s got a lot bigger than it was in 2005. Postal voting is up substantially in the marginals, and so too are Proxy votes becoming a total farce.

They need only a signature.

And they can be collected from around the world, as is happening apparently on a party-harvesting basis. My proxy vote, which I signed and sent off on April 13th, so my mother cold cast my vote for me, has still not arrived. There might even be a programme to ensure known opposition proxies are denied, while going round recruiting known supporters. Who knows? I have learned to be sceptical of honourable intention.

Whatever the whys and wherefores, all I can say is at least the world and his wife is finally waking up to the fact that fraud has been deciding and could well again decide the result of British general elections.

Here is a good comment from Political Betting last night, which captures the current spirit of shock as this well-known-to-activist aspect of British politics finally makes it into the mainstream.

Major piece on Newsnight about the very widespread allegations of electoral fraud. This is very worrying, more so because of the clownish woman running the Electoral Commission, who in effect said “no problem”. Yet, there are reports coming in from all over the country, and most of the “problems” seem to be from Labour held marginals with large numbers of ethnic minority voters.

Each constituency result should be closely examined for number of postal votes and any result which may be out of line with neighbouring seats. This is very worrying, and what mostly concerns me is the stupid idiot who is running the Electortal Commission. What are her politics???

The Daily Mail believes the Britsh election result could be decided in court USA-style. See Link. That would be a fitting tribute to the state to which Labour has reduced us. That would be followed by a financial audit by the IMF to establish how many secret Goldman Sachs loans Gordon Brown has taken out Greece-style.

Britain’s whole system of government would currently disgrace a banana republic, not just its chaotic elections. David Miliband clearly likes it that way.

There are six million Brits living abroad, of whom only 20,000 are registered to vote in British elections. The rules permit maybe a third of them to vote. The majority would be ex-Conservative voters. Maybe they no longer care, but more likely they simply don’t know the rules, and British Embassies, under instruction from London, are doing nothing to bring this vote home.

These are the rules –

According to Head of Campaigns and Public Information at the Electoral Commission, Nina Ziaullah, overseas voters are severely underrepresented on the UK Electoral Register.

She said: “There are fewer than 20,000 British expatriates on the electoral register, a tiny fraction of the estimated six million Britons living abroad. Part of the problem is that many overseas voters simply don’t know that they are eligible to vote. Many people also wait until an election is called before they register. However, if a snap election is called, there may not be much time to get registered which is why it is important to do so now.”

British citizens living abroad who have been registered to vote in the UK at any time within the past 15 years can register as an overseas voter. Those who were too young to register when they left the UK, must have parent or guardian who has been registered.

Britain’s abroad could swing British elections for the Conservatives if this constituency was brought into play.

2 Responses to “Even Newsnight Has Twigged The Labour Rigging Operation”