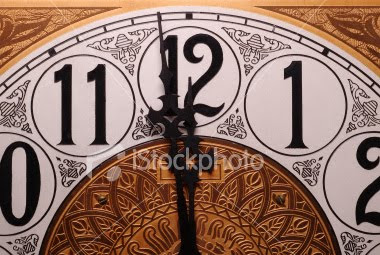 Cameron is digging in over Merkel’s proposed new Treaty which would seek to permit and authorise a bail-out of the weaker eurozone economies. It is being suggested that he is doing this in order to adopt a negotiating position in order to push his EU agenda of repatriating powers.

This possibility has not gone unnoticed in the corridors of Brussels.

The The Telegraph reports on Commission President Jose Manuel Barroso’s comments yesterday, that it was “naïve” of Germany to push for an EU Treaty change when Britain could use its veto to demand the repatriation of some powers.

Barroso is clearly suggesting without actually saying so, that the EU should press on with bail-outs without bothering to get a proper legal basis.

That would be Brussels’ solution.

Ignore Britain and ignore the German Constitutional Court. But Merkel is already under intense political pressure, losing her coalition’s majority in the German Upper House in recent elections, due to anger with the smaller scale bail-out of Greek debt already put into action.

If Cameron is going to block any proposed new Treaty, Barroso’s effort to bypass all political and legal objections would be the only way the EU could put together a bail-out which might, and only then might, save the Euro.

Britain, for now, is treading gently around the EU, not issuing a strong negotiating line, but merely saying we don’t need to repatriate powers at the moment actually. We, ahem, want the EU to reform itself.

Open Europe –
Business Secretary Vince Cable, on a trip to Brussels yesterday, ruled out taking powers back from the EU, saying the coalition Government would pursue a “deregulation agenda” at EU meetings and summits, adding: “It is a way of making European processes work in a less cumbersome way, rather than reopening treaties. We are not at the moment specifying powers that need to be repatriated. We think we can operate within the framework we’ve got.”

That’s the view that Brussels wants to hear, which is saying in effect,’please don’t rock the boat right now. Help us to stabilise this awful crisis (Of our own making), and we’ll pretend that we all like Mr Cameron a while longer.’

But Mr Cameron, who is obviously keen not to pick up the blame for the Euro crisis, has to face two ways. His own backbench MPs are unlikely to take an abandonment of repatriating powers lying down.

Conservative MPs may rebel if David Cameron did not use the “ideal opportunity” for Britain to repatriate powers: “Cameron will come under massive pressure from his own ranks but he should not fear going down this road. If successful, Cameron would set an important precedent for Europe by which powers can be brought back to member states as well as handed over to the EU.”

It seems that on this occasion, Britain has the sympathy of German politicians, who are also looking down the barrel of a democratic gun, and can see that doing the EU’s bidding as regards putting together a bail-out will be terminal for their careers. Feelings are running strongly against saving the Euro in Germany. For once it is Brussels that is isolated.

OE – The IHT quotes German Economy Minister Rainer Brüderle saying in a statement that he was “surprised at the criticism” from Mr. Barroso, adding that the “current process of economic policy coordination cannot prevent problems arising in the member states and the euro zone.” CSU MP Thomas Silberhorn added that Barroso should set an example in budgetary discipline: “If someone tells others to drink water, he should not drink wine himself”, reports Frankfurter Algemeine Zeitung.

This is ‘let them eat cake’ language. Only Sarkozy stands between the Euro and oblivion politically-speaking, if Merkel is neutralised by her rebelling coalition partners.

With the Euro approaching self-destruction, it might only need the merest puff from Cameron and the Liberatories to send it on its way. Yesterday, one threat to the EU was removed, however. The Carswell Bill demanding a referendum on the 18 MEPs Treaty amendment was scotched in the Queen’s Speech.

But a new one was created.

OE – Meanwhile, the Queen’s speech yesterday revealed that the Government will introduce a bill for a ‘referendum lock’, to ensure that any future EU Treaty which transfers powers from the UK to EU will be put to a referendum.

Last night, Graham Brady was elected as the Chairman of the 1922 Committee. Cameron’s options for backing down to Europe are set to become increasingly limited, as far as his backbenchers are concerned. The Lib Dems, on the other hand, might be willing to threaten the coalition over the issue of supporting EU bail-outs. It is hard to tell.

Everyone wants this crunch to go away, and give them time. It is unlikely to do so.

2 Responses to “The Euro Crisis. Time Is Running Out.”