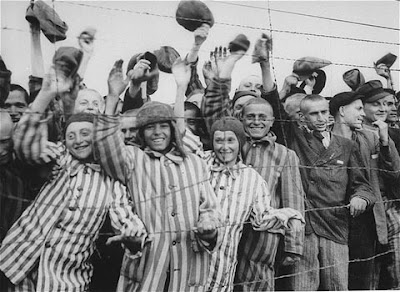 People like Tim Montgomerie and Lord Ashcroft, who have criticised the Conservative election campaign, are still thinking in the old political paradigm, where the words and ideas of politicians were listened to and respected.

In the new world, created by Blair/Campbell (and to some extent John Major), the political process reversed. The media now sets the agenda and leads.

Politicians merely adopt postures in response to what the media has decided are the key issues and solutions, and coordinate their output to make it appear that the initiative came from the politicians….the narrative.

Cameron read this correctly. And he played the game. The idea that he could feed ideas to the media is a nice one, but not practical. Not until politicians have rebuilt respect and retaken control. They are mini-Prince Charles’, continual media punch bags, unable to understand the simple truths that the media can see clearly through their Marxist spectacles.

The current Labradoodle government is in many ways a media creation, filled with policies which will look good on the page, and people who are broadly willing to say what the media wants said, and people who look the way the media approves of.

Only as events move the media’s understanding of issues (or the public’s), can politicians take up policies that are more likely to be effective in improving the economy and the condition of our society.

And as most decisions are taken outside the UK, the process of establishing power back at Westminster, will be a long one. Only if Clegg and Cameron share this objective will there be a chance of it happening. The funny thing is that they might. But we have learned not to be too optimistic over the years.

Cameron and Clegg have built a formidable media defensive castle out of the situation, and might again roll back the power of the fourth estate. But the idea that politicians can win elections with ‘good’ policy Montgomerie-style is fanciful.

Any politician standing for election who doesn’t become a media slave will be carpeted in no time. Token resistance only is permitted. Only if a major crisis impacts and fear of real events on a scale large enough to waken people filters in, will the situation change. Until then we will have TV controller politics, Labradoodle politicians, whose looks and acting skills measure up, and Labradoodle governments, whose policies are more soundbite tested, than intended to change anything in the real world.

But though Clegg and Cameron have had to become all these things to get to where they are, it doesn’t mean that they don’t aspire to changing things as they can. Politics remains, as it ever was, the art of the possible.

AFTERTHOUGHT – I’m getting comments that I should drop Labradoodle as it sounds like Labour. Have I really got to call the new government the Liberal Conservative Coalition? How dull. Can’t we have something other than that, please.

I’ll run with The Libratories for a day or two until the next name idea comes along. It’s getting close to a separate word – The Liberators – but let’s not push it today. My readers will be getting exhausted if I am not careful, and besides we don’t know that they are yet.

PICTURE AT TOP – Liberation at Dachau Concentration Camp 1945. Society is moving either towards or away from totalitarian power at any one time. The current era of economic uncertainty is likely to bring greater authoritarianism, than the growth years from the 1940s through to recent times. We might need liberating once more, if authoritarian politics, or a tyranny based on media control, were to take over.

3 Responses to “Modern Elections Have Little To Do With Policy”