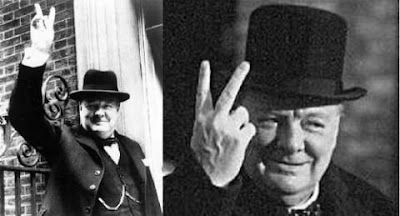 David Cameron knows that his happy days as British Prime Minister can only be terminated in three ways. The first of those is in a General Election. The second is if his own backbenchers hold a vote in the 1922 Committee to end his leadership. The third way is outside the remit of this blog.

A vote of confidence in the House is one way that a General Election might end up being called. Cameron is trying to close off that possibility by making a 55% majority required if a confidence motion be held.

His next effort to close off any future threats, shows that his sense of political survival is highly tuned. He is trying to change the 1922 Committee so that it includes Ministers as well as Backbenchers, greatly reducing the power of Backbenchers to threaten the leadership.

If Conservative MPs have any sense of survival in return, they should immediately refuse Cameron’s request. If Backbenchers lose the power to threaten or get rid of the party leader, they become no more than lobby fodder.

What would be the point in electing a Conservative MP, who could not influence the course of government? The buck has to stop somewhere inside the Palace of Westminster, or it will soon only stop in another place – and I don’t mean the Lords.

This is one occasion where Conservative MPs need to communicate, new boys, new girls or not, and sound off a loud rasberry. Cameron needs a little nip on the heels.

Iain Dale calls Cameron’s efforts an attempt to bounce Conservative MPs. ‘No to bouncing’ must be the reply.

EXTRACT – No one likes to be bounced. But that’s exactly how Conservative MPs are feeling this evening. At a hastily arranged meeting of the 1922 Committee this afternoon, David Cameron suggested that the 1992 Committee should in future be made up of the whole parliamentary party, and not just backbenchers. This is interpreted as being a power grab by the party leadership. MPs are currently voting on whether to make the change or not.