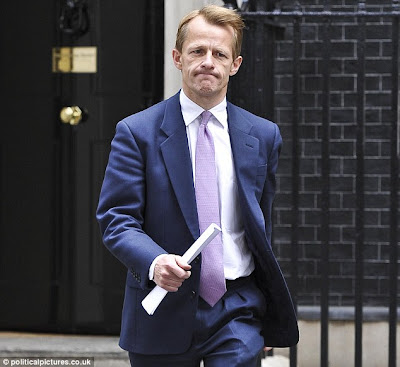 Labour seems to be scenting blood, with Lib Dem supporters from the left side of the party unwilling to switch their loyalty to the Liberatory coalition, looking over at voting Labour once more. Attacks on the right wing of the Lib Dems are coming in from all sides of the political spectrum. Traditional Conservatives are not comfortable getting into bed with those of the Yellow badge, and are trying to negotiate away their proposals for an increase in CGT, while left-wingers are merely outraged.

The coalition trenches are coming under sustained media fire, probing the backgrounds of the few remaining Lib Dem candidates from the Parliamentary Party who might be of Front Bench calibre. The thin Yellow Line is shrinking by the week.

With so many enemies appearing from the woodwork, the Lib Dems are no doubt getting concerned with the current state of affairs. Will their loyalty to the coalition crack?

My guess, and it’s only a guess, is that their enemies delivering so much hostility will actually have the opposite effect. Conservatives will feel more sympathetic to the Lib Demmers who are copping the hostility, and there will gradually be an even greater feeling of brotherhood than would otherwise have been the case, with the heat driving the two sides closer together, and not further apart as it is clearly intended to do.

It is very early days yet, but one or two possible outcomes are starting to be conceivable. With many Lib Dem supporters proposing to change their loyalties as a result of feeling betrayed by Clegg joining the coalition, the electoral prospects for the Lib Dems are getting reduced, not increased, despite the surprising growing popularity of the coalition with the public, at least during its honeymoon period.

It would not be a surprise to find that after two years have gone by, or less, and the coalition survives in amongst the most gruelling of economic times, which are coming up, that the only way either Conservative or Lib Dem could conceive of holding onto the prospect of power, would be to amalgamate from a governing coalition into an electoral pact. Self interest would drive them closer together.

As my earlier posts show, in my opinion, the coalition came about purely as a result of Labour’s attempts to rig the election with postal voting and other scams. By Labour using these techniques to hold most of the marginals, they inadvertently opened up the situation where a Conservative Lib Dem coalition became an inevitability, and now face a situation far harder to attack than would have been an outright Conservative victory, where blame for the pain of unravelling Labour’s debts could have been directed firmly against ‘Tory cuts’.

It is a miracle that the Conservatives were able to gain 100 seats in these circumstances, albeit that these were outliers considered less likely to fall, and the marginals are still red. It was a miracle that they left a combination of Lib Dem and Labour short of a working majority. This situation now opens the way to much greater cooperation.

David Laws demonstrated how well the coalition could be made to work. He had to be eliminated as quickly as possible to keep the coalition from settling. But while the media are used to calling the tune, with its tendency to do the work of The Conservatives’ enemies on demand, the coalition could yet take on the dug-in power of the media, and return power to Parliament.

IT’S A BATTLE BETWEEN DEMOCRACY AND MEDIOCRACY

If Labour are defeated, and it looks as if they will be in the sidings for a while, the battle of media will come next. That is what the Laws battle in particular is now becoming. 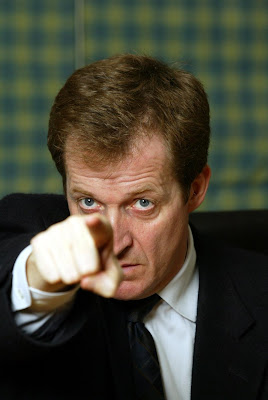 Laws must use the new democratic method being introduced to return, no matter how hard the road. A byelection must be called in his Constituency with him as the sole coalition candidate with no Conservative standing. It would be a sign to the media that the game of trashing political leaders IDS-style no longer works. This is well overdue. A defeat of a media intervention would be heartening to the public which wants the coalition to work. Laws should be returned with extra meaning to his being in Parliament. Here would be someone who in the worst of personal circumstances, refused to bow to the media.

The coalition would in the process show that it is moving from an alliance of parties to an electoral pact, effectively a single party. The media should take note of these possibilities, and start to fear for their own position. The days of Alastair Campbell bullying all and sundry into line are not quite over. If the coalition wishes it, they soon could be. The Laws battle is Britain’s battle. Are voters going to decide our future, or are media controllers going to? It’s as simple as that.

Laws and the Coalition have to fight back. The media have, just for once, to be defeated. Their lesson is overdue.

2 Responses to “The Coalition Must Close Ranks And Fight Back”