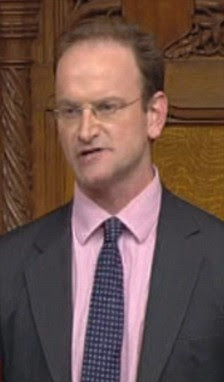 I wrote last year that Douglas Carswell is worth more than the whole of UKIP. I was right. And today he demonstrates again how fatuous Farage’s claims are that UKIP are somehow helping to get Britain out of Europe, by keeping Conservative eurosceptics out of Parliament.

Tory backbencher Douglas Carswell has called for the new government to use this need for Parliament to re-ratify the Lisbon Treaty to honour its earlier promise to give the British people a vote.

This is what Mr Carswell told BBC1’s Politics Show:

“I think this is an opportunity for us to table an amendment to try to trigger a referendum, I think we should have a referendum and I think given that we’ve given an undertaking as a party to hold a referendum if there was any further revision to the European treaties, we need to honour the promises that were made before the election and stick to that and hold that referendum.”

Now if this were to fail by a vote or two, maybe UKIP will finally see how much damage they do to the cause of British independence. Surely UKIP must now at last engage their brains, or admit that their agenda has nothing to do with British independence at all, but satisfying the ego troubles of a band of little folk who never made the grade.

I don’t want to be too rude, but really I’d be quite pleased if we had enough eurosceptics in Parliament to force a referendum. Wouldn’t you Ukippers? So stop messing up Parliaments, OK. Get the f… out of General Elections.