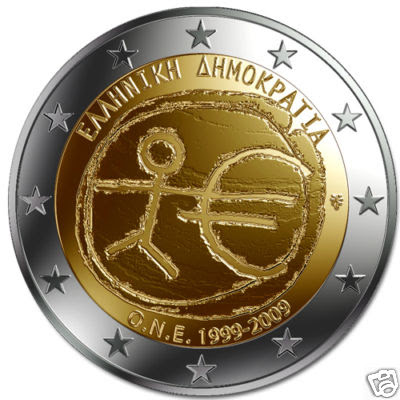 The Greek currency would fall by a minimum of 15% as it leaves the Euro, it is estimated by the CEBR, and its debts would be increased overnight by that amount, from 120% of GDP to 140%. But, advises the CEBR, Greece should unilaterally default on these debts, converting them into local currency instantly, as she quits the Euro. That step would cost far less than the alternative of trying to keep Greece struggling along inside the Euro.

Greek exports could recover and the economy begin to work again. Locking Greece inside the Euro is costing billions to other Europeans and is a waste of time and effort.

With both the educated media of Think Tanks and the Tabloids now in full agreement about what should be done, it can only be a question of time before the penny finally drops for politicians. They’ve spent many Billions, promised Trillions but the facts of the case are that Greece’s debts of £250 billion ($400 billion) will never be paid off, and that Greece has to default.

The sooner this happens, the less it will cost the world. That is the bit politicians don’t get. Once a situation has gone past its point of no return, you cannot buy it back again with the political check (UK cheque) book. The cheapest solution in political and financial terms is QUIT and start again.

This must now be surely just weeks or days away.

Times On German Tabloids wanting Greece to quit the Euro. Greek and German democracy will surely triumph in the end.

Four professors who opposed the German signing of the Maastricht treaty in 1998 have announced their intention to challenge the Government in the constitutional court.

They failed to get the Maastricht treaty thrown out 12 years ago but the court obliged the Government to ensure that european monetray union would guarantee a stable currency. A central element of the court ruling was that there should be no bailout for weak members of the eurozone.

92% of Germans want Greece to declare insolvency and leave the Euro, but like good Germans with their culture of consensus and obedience, they do as their Chancellor is commanding – so far.